When a firefighter from Hillsborough was charged with taking part in a bar fight in Key West due to his association with the Outlaws motorcycle gang, Hillsborough County officials decided to take action. In response, they have banned all employees from taking in part in certain organizations that have been identified by law enforcement as criminal organizations, especially certain biker gangs, including the Outlaws, Hells Angels Motorcycle Club, the Pagans, and known gangs, such as the Latin Kings, Bloods, Queen Nation, and Crips.

This new policy is effective immediately, according to County Administrator Mike Merrill. He wrote in a memo that taking part in these groups “will not be tolerated as these affiliations are contrary to the mission of public service. This directive is a reminder of our continuing obligation to represent all the citizens of Hillsborough County.” 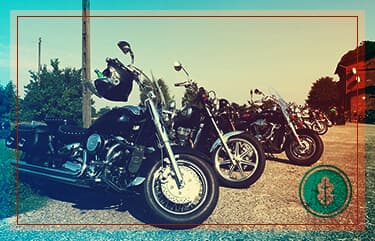 Should employees choose not to follow this directive, the result can be immediate loss of employment.

The Hillsborough firefighter in question was identified in the arrest warrant as a “confirmed active member” of the Outlaws, an organization that has been accused of drug trafficking, weapons trafficking, and other illegal activities by the FBI. A club with a presence in Tampa and St. Petersburg, it is suspected that another firefighter is a member of the Outlaws as well. Hillsborough County officials have been aware of the situation for some time but have delayed responding with a formal policy due to a concern that such a stipulation may constitute a violation of constitutional rights. The firefighter who allegedly took part in the bar fight is on paid administrative leave as he waits for the results of an internal investigation.

Because the job of first responders is so vital to all members of the community, there are a number of issues that can prevent employment in this capacity. While the ban against involvement in biker gangs is not yet officially on this list, it is important to note that this is not the first time that officials have noted characteristics that may preclude someone’s acceptability as a candidate for employment as a firefighter, police officer, or other first responder. The current list of disqualifications from fire department service include:

A proposal suggesting that “gang affiliations or known terrorist group affiliations” should be added to the disqualification list was sent to the State Fire Marshal by the Florida Firefighters Employment Standards and Training Council back in July. Given the issue with their firefighter, Hillsborough County has moved ahead on this front without waiting for direction from the state.

Ensuring Integrity in the Fire Service

Though there are not currently statutes prohibiting involvement in a motorcycle gang among firefighters in other counties, it does not mean that these counties would not take such an occasion if the need arose as it has in Hillsborough County. The idea is to ensure that everyone without exception feels comfortable calling on the fire department for help in time of need, and if any members are associated with a group that is threatening to citizens, it is a conflict of interest that cannot be ignored.

The role that motorcycle gangs have historically played in drug trafficking across the country is especially problematic as many first responders are first on the scene of drug overdose calls and emergencies due to drug use, and they take part in investigations designed to dismantle drug rings and organizations.

Given the nature of the activities that many motorcycle gangs take part in regularly, do you think it is fair to demand that all public services refrain from engaging socially with these groups or members of these groups?