How Serious is The Risk of Cocaine Dependence? 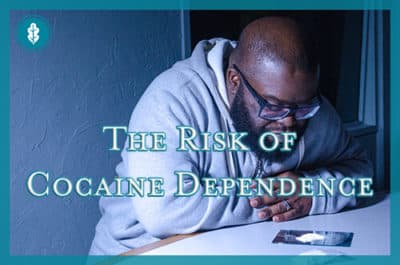 The use of the term substance dependence or drug dependence has taken on different meanings at different time periods, and this has led to some confusion regarding the use of the term dependence in the context of addictive behavior, particularly the abuse of drugs and alcohol. Initially, the state of substance or drug dependence was described as the state that occurs when a person could only function normally when they had a specific level of a certain drug in their system. If the levels of the drug declined due to normal metabolic functions, the person would display withdrawal symptoms. Thus, withdrawal was an essential component of the diagnosis of addictive behavior.

According to this classic type of definition, substance or drug dependence only occurred when the person experienced a withdrawal syndrome once they had stopped using the drug or as a result of reducing the amount of the drug they normally used. Drug dependence was associated with a physical addiction to a substance, and the terms drugdependence and drug addiction were used interchangeably.

However, as clinicians began to struggle with treating individuals who had been diagnosed with addictive behaviors as a result of drug abuse, they observed that even though many individuals with significant substance abuse problems did not display overt physical withdrawal symptoms once they stopped using their drug of choice, they still experienced high rates of relapse, significant difficulty not using their substance of choice, and were just as hard to treat as individuals who had developed significant physical dependence on drugs. The American Psychiatric Association (APA) eventually altered the diagnostic criteria for addictive behaviors such that the development of physical dependence on a substance was not an essential part of the diagnosis of substance dependence (addictive behavior).

Substance dependence was reconceptualized as a form of addictive behavior where an individual demonstrated issues with controlling their use of a drug, experienced significant distress associated with the consequences of their drug use, and demonstrated other issues that led to dysfunctional behaviors associated with their drug use. Demonstrating a withdrawal syndrome was part of the diagnostic criteria for substance dependence; however, it was neither necessary nor was it sufficient to receive a diagnosis of substance dependence. The clinical difference between substance abuse and substance dependence became a matter of the number and types of symptoms that were met by the individual according to APA’s diagnostic criteria. However, APA changed this diagnostic approach in its latest edition of the Diagnostic and Statistical Manual of Mental Disorders (DSM-5). 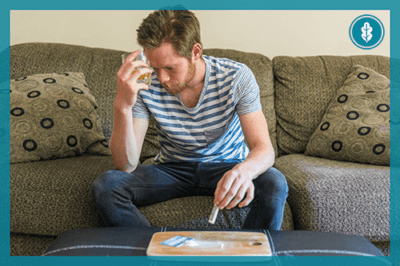 The issues that many people experience with controlling their use of a drug are not always related to the development of withdrawal symptoms. Instead, they represent very complex physical and psychological mechanisms that result in a person having difficulty stopping use of the drug even if they do not experience significant withdrawal issues.

Nonetheless, APA also specifies diagnostic criteria that can be used to assess and diagnose the development of a withdrawal syndrome in an individual who has abused cocaine. Thus, in clinical terms, a person would be diagnosed with a substance use disorder (e.g., a stimulant use disorder as a result of cocaine abuse) and stimulant withdrawal according to very different sets of diagnostic criteria.

Chronic use of cocaine can result in the development of both tolerance, which develops very rapidly, and a withdrawal syndrome, which is primarily composed of emotional factors that are driven by imbalances in hormones and neurotransmitters. The major symptoms of withdrawal associated with cocaine are changes in mood, cravings for cocaine, appetite increase, lethargy or sleepiness, and physical symptoms, such as changes in heart rate, increased sweating, jitteriness, etc.

The risk factors for the development of physical dependence on stimulant drugs like cocaine, as outlined by APA and The Substance Abuse and Mental Health Services Administration (SAMHSA), include: