Using Cocaine as a Preworkout: Is It Safe? 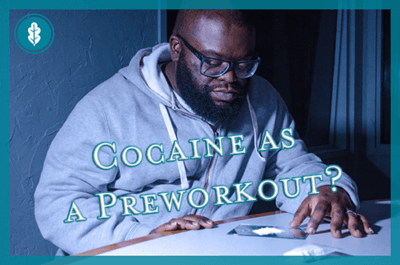 Although cocaine is a Schedule II drug per the Controlled Substances Act (CSA), meaning that it is indicated for specific medical use, it is primarily abused as an intoxicating substance. This stimulant is commonly encountered as a white powder that may be snorted through the nose, although there are other methods of abuse, such as dissolving the powder into solution for injecting or smoking crack cocaine.1

Cocaine is extracted from the leaves of the coca plant, which grows in South America. Though rarely used as a prescription drug, it has some clinical applications as an local anesthetic and vasoconstrictor. As a drug of abuse, however, cocaine is used for its stimulant and euphoric effects. It may elicit a sense of attentiveness, greater physical energy, and mental stimulation. Physical effects include increased blood pressure and heart rate. When not used in extremely limited medical situations, cocaine is highly addictive and potentially dangerous.2

Cocaine experienced a cultural heyday of sorts in the 1960s and 1970s, but the drug may be seeing a resurgence among athletes and others who work out a lot because, as a stimulant, it might be viewed as a performance enhancer. Other stimulant drugs like Adderall have been misused nonmedically to increase physical energy for workouts and decrease appetite, so the body rapidly loses weight without feeling malnourished.3

Athletes have a history of abusing cocaine as a performance enhancer. Some of the earliest reported instances of cocaine being used by athletes occurred in 1904 in the Olympics.5 Cocaine was officially banned by most sports organizations, including the NCAA and the Olympics Committee, in 1985. In that year, 17 percent of NCAA student-athletes reported cocaine use, though much of that may have been as a recreational drug, and not a performance enhancer, per se. By 1997, the number dropped to 1.5 percent.5

In 2016, a heavyweight boxing champion admitted he abused cocaine to treat his depression and incurred greater physical energy as a side effect.6 In 2017, a French rugby player reported that cocaine was abused during recovery sessions and trainings between sporting events, specifically because the drug, combined with a corticosteroid, was essentially untraceable.7

Many of cocaine’s sought-after effects are mental, including increased emotional and mental energy. However, the drug also increases blood pressure and heart rate, so more blood pumps through the body. In the short-term, this may seem to bolster a person’s physical energy, but on a long-term basis, could lead to adverse cardiovascular consequences.1

Cocaine increases the risk of:1

Of course, cocaine is also very addictive, so people who abuse “a little” of it are still at risk of abusing more and more until they feel like they need it, compulsively acquire it, and experience physical, mental, financial, and legal problems as a result.

People who work out and want to lose weight or gain a lot of muscle should be more focused on their long-term health rather than seeking quick, unsustainable, and potentially dangerous performance boosts. Although some people may say they use “a little bit” of cocaine to help them focus or feel more energetic, there is no safe amount of this drug—unless it’s being administered under medical supervision in a hospital. The answer to the question posed on this page is hopefully clear—never abuse any amount of cocaine before working out, as a way to lose weight, or to improve mood; the drug does not offer a safe approach to these goals.