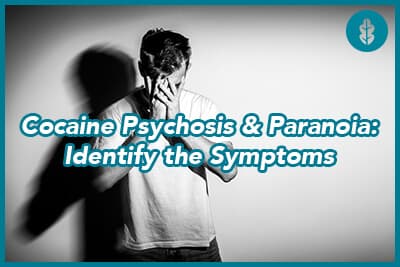 Cocaine is a central nervous system stimulant drug that is processed from the leaves of the coca plant that grows in Central and South America. While most readers may identify cocaine as a significant drug of abuse, it does retain some medicinal uses and is classified in the Schedule II category of controlled substances by the United States Drug Enforcement Administration (DEA). Medicinal use of cocaine is limited to its anesthetic properties, and one of its most common medical uses is by dentists in this capacity.

As a drug of abuse, cocaine is often snorted, smoked, and even injected. The drug was a significant drug of abuse in the 1990s, but with the rising popularity of prescription opioid drugs and illicit opioid drugs like heroin, attention on cocaine waned. Moreover, according to figures provided by the Substance Abuse and Mental Health Services Administration, its reported abuse has also significantly declined.

Nonetheless, it is still a significant drug of concern. It has numerous negative ramifications when abused. One of these is the development of psychosis in individuals who abuse the drug.

Psychotic symptoms can occur for numerous reasons. Psychosis is an overall term that is applied to the development of hallucinations (seeing or hearing things that are not there) and/or displaying delusions (having very fixed and rigid beliefs that are not true and conflict with reality). Other associated behaviors often occur with psychosis, such as manic-like behavior, lethargic behavior, aggression, and suicide attempts.

Psychosis can occur due to:

Individuals who are operating under the assumption that their hallucinations and/or delusions are real are more likely be diagnosed with a substance/medication-induced psychotic disorder, according to the diagnostic criteria put forth by the American Psychiatric Association (APA). Stimulant drugs like cocaine are very likely to produce some level of psychosis, and when individuals mix stimulants with other drugs, the risk is even higher.

Research has indicated that the prevalence of psychosis associated with stimulant drugs is higher than the psychosis associated with abuse of many other drugs. Upwards of half of individuals abusing cocaine—and some studies suggest even more than this—experience some type of psychotic symptoms either during use of the drug or afterward during the crash or withdrawal phase.

Research studies have suggested that there are variables that can increase the risk of psychotic symptoms from cocaine use.

The research also indicates that the psychosis associated with abuse of cocaine may have some features that differentiate it from other types of drug-induced psychosis.

The research also indicates that the experience of psychotic effects from cocaine use demonstrates what is known as sensitization, meaning that once a person experiences psychotic symptoms from cocaine, any further use of the drug is more likely to produce additional psychotic symptoms. Over time, the symptoms may last longer and become more intense, and the person may be less prone to recognize them as resulting from their abuse of the drug.

There are signs that someone who is using cocaine may be experiencing psychosis.

In most instances, individuals who experience psychosis are not dangerous. That being said, people who are extremely paranoid can be potential dangers to themselves or others.

In the case of an individual who is extremely suspicious, take precautions to avoid potential issues. Always remain calm and approach the person in a deliberate, logical manner. Use reassurances. Attempt to get professional assistance to diffuse the situation.

The formal treatment for psychosis due to cocaine abuse is to stabilize the condition by administering intravenous fluids, using antipsychotic medications, and using other medications to slow down heart rate and stabilize blood pressure. Isolating the person from overwhelming environmental stimulation can also be extremely useful.

The best way to avoid cocaine-induced psychosis is obviously to avoid cocaine use. Individuals who experience psychotic symptoms as a result of cocaine are at an increased risk to continue experiencing these symptoms when they use the drug.

If cocaine abuse is an issue, comprehensive rehabilitation programs can help clients to leave cocaine abuse in the past and embrace a healthier future. In cases where cocaine-induced psychosis has been present, it’s important to find an evidence-based program with medical supervision. In some instances, an initial stay in a hospital-based or inpatient unit may be needed before progressing to a more traditional residential treatment program.

co-occurring disorderscocainepsychosis
Prefer getting help via text?
We're available 24/7 via text message. Signup below for access to our team when its convenient for you!
and many more...
✕
Instantly Check Your Insurance Coverage
Your information is safe & secure
At River Oaks, we accept most types of private (non-government) insurance and offer a variety of payment options.
You can quickly and privately check your insurance benefits to see if you're covered for addiction treatment services. We’ll be able to tell you if your provider is in network with River Oaks Treatment Center and all American Addiction Centers locations.
This means your treatment may be FREE1 depending on your policy, copay, and deductible.
Take the Next StepStart your journey toward recovery.