In some cases, antidepressants are prescribed to an individual during detox from alcohol or drugs. Detox is often the first stage of recovery for a person struggling with addiction. Medication is often used in combination with other treatments to manage withdrawal symptoms, make the process more tolerable, and protect the body from harm.

According to the National Institute on Drug Abuse, co-occurring conditions, such as depression and anxiety, are often present alongside addiction. As a result, these co-occurring mental health issues need to be treated as well. If a person going through withdrawal experiences depression or anxiety, antidepressants are commonly used to stabilize mood.

How Antidepressants Can Help during Withdrawal 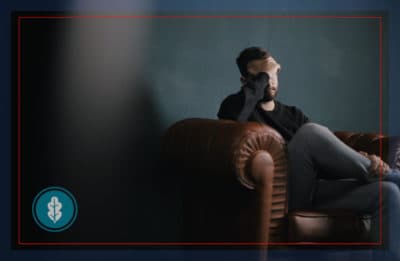 Antidepressants have more than one use during drug detox. Trazodone and imipramine are sedating antidepressants that may be used to manage withdrawal symptoms. Antidepressant drugs are used in cases of amphetamine withdrawal as well, to reduce depression that is often experienced during withdrawal from these drugs, as stated in the Quick Guide for Clinicians by the Substance Abuse and Mental Health Services Administration.

Tricyclic antidepressants act on mood-regulating neurotransmitters, such as serotonin, dopamine, and norepinephrine, all which can be severely affected by various drugs, such as methamphetamines. By blocking the absorption of serotonin and norepinephrine, the medications allow these compounds to build up in the brain, which can help improve a person’s mood.

Bupropion, an antidepressant administered to people trying to quit smoking, has been used to treat methamphetamine withdrawal, relieve its symptoms, and address cognitive deficits that occur when a person ceases use of meth. It also works by increasing neurotransmitter levels. Available as Zyban, Buproban, Aplenzin, and other brand names, bupropion is also used by individuals with seasonal affective disorder. In a study published in the British Journal of Clinical Pharmacology, researchers also found bupropion to alleviate methamphetamine withdrawal symptoms and cognitive deficits related to cessation of use.

Mirtazapine has been used during outpatient treatment of methamphetamine withdrawal. It is an antidepressant with anxiety-reducing and sedative properties, and it is also a serotonin, histamine H1, and adrenergic antagonist.

A U.S. National Library of Medicine article, published in 2010, didn’t find that antidepressants could specifically help people with opioid dependence, but found that depression is more often seen in individuals with substance abuse issues, including those who are dependent on opioids, than in the general population. If co-occurring depression is present with a substance use disorder, antidepressants are used to manage the depression. If the co-occurring disorder is not effectively managed, relapse to drug abuse is more likely.

Like all medications, antidepressants come with some risks. Side effects include:

The U.S. Food and Drug Administration states that antidepressants can raise the risk of high blood pressure, especially for those taking monoamine oxidase inhibitors and who eat foods high in tyramine. Antidepressants can also increase incidences of suicidal thinking, especially in younger people.

During pregnancy, certain antidepressants can cause harm to the fetus, so women who are pregnant, breastfeeding, or planning on becoming pregnant should consult with their doctor before beginning or continuing with an antidepressant prescription.

Use of Antidepressants in Conjunction with Other Treatments

Antidepressants aren’t generally viewed as addiction-forming drugs due to the fact that they don’t induce euphoria. Withdrawal symptoms are possible, however, when one stops taking them, so mild physical dependence may form. Generally, when a person decides to stop taking an antidepressant in conjunction with their doctor, they will slowly lower their dose over a set period of time to lessen the withdrawal effect.

While antidepressants can be critical to recovery and the management of co-occurring depression, they aren’t a cure for either addiction or depression. Both conditions can be managed but they are incurable. In detox and addiction recovery programs, antidepressants are used in conjunction with comprehensive therapy that addresses issues related to depression and mood fluctuations.

The Centers for Disease Control and Prevention lists antidepressants as a class of prescription drugs, and their use must therefore be managed by medical professionals. The prescription will be based on the individual’s symptoms and their severity, and sometimes, the type of antidepressant may be changed throughout the detox process.

antidepressantsdetoxtreatment
Get the Info & Help You NeedWe're open across the US. Learn about your options.