The 5 Worst Drugs to Detox From 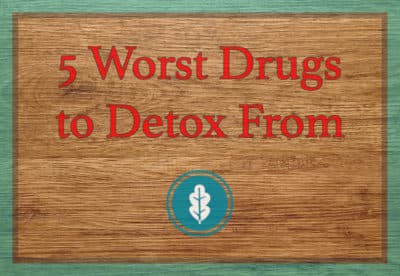 Because addiction is a disease that changes the part of the brain responsible for rewarding tasks, overcoming addiction to anything can be a long process. Some substances can cause physically dangerous side effects when they are abused for years, and medical oversight is required during detox. Others so deeply change how dopamine is released that a person can suffer cravings for the substance years after undergoing detox and rehabilitation.

Certain substances foster addictions that are more difficult to overcome, due to the high addictive potential of the substance.

5 Drugs With the Worst Withdrawals

Below are the top five most difficult substances of abuse to detox from:

While these five drugs are often viewed as the worst substances to detox from, getting appropriate medical assistance makes the entire withdrawal process easier. At-home detox attempts are rarely successful. Individuals simply return to their substance of abuse when withdrawal symptoms and cravings become intense. Instead, medical detox provides the best chances for successful withdrawal from any substance of abuse, including those listed above.