Detoxing from Benzos: What to Expect 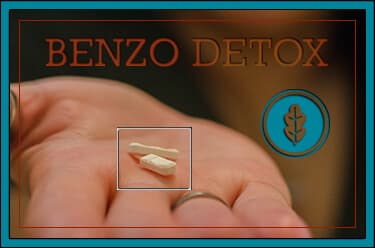 Benzodiazepines constitute a large class of prescription drugs that are used medicinally for the treatment of anxiety, the control of seizures that can occur in disorders such as epilepsy, as muscle relaxants, for the treatment of withdrawal symptoms from alcohol and some other drugs, and several other uses. The drugs are classified as central nervous system depressants, meaning that they suppress or slow down the functioning of the actions in the brain and spinal cord. Their primary mechanism of action is to increase the efficiency of the neurotransmitter gamma aminobutyric acid (GABA), which is the most prominent inventory neurotransmitter in the central nervous system.

Benzodiazepines are classified as Schedule IV controlled substances by the United States Drug Enforcement Administration, indicating that while they do have significant medical uses, they are also drugs that have a moderate potential for abuse and for the development of physical and/or psychological dependence. These drugs can only be acquired legally with a prescription from a physician.

Because they have a varied number of medicinal uses, benzodiazepines are among the most prescribed drugs in the United States. In association with their medicinal effects, they also produce feelings of sedation, calmness, and even euphoria. As a result, they are also one of the most abused categories of drugs.

Physical dependence on any substance consists of two related symptoms: tolerance and withdrawal. Tolerance to benzodiazepines develops rapidly in individuals who use them for more than just a few weeks. As individuals need more and more of the drug, the potential to develop withdrawal symptoms is also realized relatively rapidly. Tolerance refers to a physiological and emotional process where an individual no longer gets the same effect from a particular dose of a drug that they initially received when they began taking it. Individuals who develop tolerance need more of the drug to produce the same effects the drug once produced at lower doses.

A withdrawal syndrome or discontinuation syndrome is the second component of the development of physical dependence. This occurs when an individual’s system has adjusted itself to account for the presence of the drug in its tissues. When the levels of the drug in the system are depleted due to normal metabolic processes (detoxification), the individual system is thrown out of balance, and the person begins to experience a number of negative and unpleasant physical, psychological, and even cognitive symptoms.

The development of physical dependence on benzodiazepines depends on several factors:

In addition, the withdrawal syndrome associated with any drug is also affected by how the person stops using the drug. Quitting the drug abruptly will result in a quicker appearance of withdrawal symptoms and more intense symptoms than slowly tapering the amount of the drug one takes.

Thus, the development of withdrawal symptoms may vary depending on the particular benzodiazepine the individual took. According to the American Psychiatric Association, diagnostic criteria for withdrawal from anxiolytic drugs like benzodiazepines include two or more of these symptoms:

It should be understood that major organizations such as the American Society of Addiction Medicine (the largest association of addiction medicine physicians in the United States) distinguish between detoxification (often abbreviated as detox) and withdrawal management. Detoxification represents a natural process that the body uses to rid itself of toxins and waste products. This process is accomplished primarily through the liver and occurs whether or not an individual is actively using drugs. Withdrawal management refers to a program designed to assist an individual in undergoing and tolerating the withdrawal process associated with drugs and/or alcohol. A physician-assisted withdrawal management program incorporates the use of addiction medicine physicians and medications to control and alleviate withdrawal symptoms. Even so, many withdrawal management programs are often referred to as “detox” programs.

The withdrawal syndrome associated with benzodiazepines can be potentially fatal due to the potential development of seizures.

Because of this complication, it is recommended that anyone who has abused or used benzodiazepines for more than a few weeks not attempt to discontinue them unless they are under the supervision of a physician. Physician-assisted detox for benzodiazepine most often consists of the physician prescribing the use of a long-term benzodiazepine to the individual and then slowly tapering down the dosage of that drug at specific intervals while the person’s system adjusts to decreasing amounts of the drug. This process results in a relatively safe, and symptom-free, detox process that may often cover a longer period of time than trying to withdraw from the drug without the tapering method.

Because of the potential dangers associated with detox from benzodiazepines, it is generally suggested that the withdrawal management program at least initially begin as an inpatient or residential program. Once the individual’s withdrawal process is under control, they may transition to an outpatient program or, depending on the situation, remain in an inpatient withdrawal management program until the process is completed. Other potential symptoms can be addressed by using specific medications, such as medications for nausea, headache, etc.

Several other medicines can also be used.

The implementation of a physician-assisted withdrawal management program also allows for the process to be personalized. Physicians are able to monitor the individual’s progress and adjust their treatment approach accordingly.

If you or someone you love is struggling with addiction and are ready to start discussing treatment options, call us today at . There, a compassionate treatment navigator can help you create a plan to attend treatment at one of our rehab facilities across the United States. River Oaks, American Addiction Centers’ Tampa substance abuse treatment center, may be a good fit for you. Call us today to find out more.

benzodiazepinesdetoxprescription
Prefer getting help via text?
We're available 24/7 via text message. Signup below for access to our team when its convenient for you!
and many more...
✕
Instantly Check Your Insurance Coverage
Your information is safe & secure
At River Oaks, we accept most types of private (non-government) insurance and offer a variety of payment options.
You can quickly and privately check your insurance benefits to see if you're covered for addiction treatment services. We’ll be able to tell you if your provider is in network with River Oaks Treatment Center and all American Addiction Centers locations.
This means your treatment may be FREE1 depending on your policy, copay, and deductible.
Get the Info & Help You Need