Mixing Benzos and Cocaine – Is it Safe? 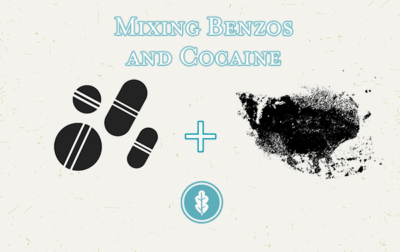 Cocaine is a dangerously addictive drug that acts as a stimulant, increasing heart rate and blood pressure, raising body temperature, helping to keep a person awake, and heightening alertness, focus, and attention.1

Benzodiazepines, often called benzos for short, are a class of central nervous system depressants that are regularly prescribed to treat anxiety and panic disorders, muscle spasm, seizures and insomnia, and to aid in the management of alcohol withdrawal symptoms. Certain physiological functions under central nervous system control, like heart rate, blood pressure, respiration, and body temperature, may be slowed and lowered by benzos.2

Interaction of Benzos and Cocaine on the Brain 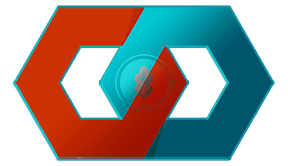 Cocaine is a short-acting drug that markedly impacts the activity of dopamine in the brain. Dopamine is one of the brain’s neurotransmitters instrumental in movement and reward. Artificially elevated levels of dopamine activity can create an intense and euphoric high.1

According to the 2015 National Survey on Drug Use and Health (NSDUH), close to 15 percent of Americans aged 12 and older have reported abusing cocaine at some time in their lives.3 A cocaine high does not last very long and is often followed by a significant “crash.” During this crash, an individual may feel fatigued, hungry, depressed, and both physically and mentally sluggish. These feelings may encourage a person to continue using more of the drug, often in a “binge” pattern.4 The intensity of the cocaine high and subsequent crash may also entice a person to take another drug like a benzodiazepine to “smooth” out some of these significant “comedown” effects.

These drugs are commonly diverted and misused nonmedically, as they can also create a mellow high when abused. The 2014 NSDUH indicated that nearly 2.5 million American adults had misused prescription sedative or tranquilizer drugs at the time of the survey.5 In addition to nonmedical misuse on their own, benzos are commonly used concurrently with other substances, such as alcohol or stimulants.

Benzodiazepines may be combined with a stimulant drug, like cocaine, in an attempt to counteract some of their sedative effects, helping a person to stay awake longer and have more energy. Individuals may also mix cocaine and benzos in order to enhance or prolong a euphoric high. This practice is highly dangerous, however, as the combination of stimulant and depressant drugs can significantly impact brain chemistry, which can have numerous short-term and long-term consequences.6

The combination of stimulant and depressant drugs can be highly dangerous and significantly impact brain chemistry.

Though the two drugs are commonly viewed as having somewhat opposite physiological effects, overdose remains a risk when misusing both cocaine and benzodiazepine drugs. Drug overdose deaths continue to rise in the United States, as the Centers for Disease Control and Prevention (CDC) reports that between 2000 and 2015, over a half-million Americans lost their lives to a drug overdose.7

Drug overdoses commonly involve more than one drug. Polydrug abuse can increase the potential side effects of all drugs involved and make an overdose more difficult to treat.6

Some signs and symptoms of a cocaine overdose include:

Signs of a benzodiazepine overdose may include:

There may be additional possible interactions and overdose side effects when multiple drugs are involved, and it becomes difficult to isolate how multiple drugs may impact each individual. This can complicate overdose reversal attempts as well.

Combining cocaine and a prescription benzodiazepine can raise the potential for drug dependence, a complicated withdrawal syndrome, and addiction development.1,10

The method of use can lead to additional issues as well. For instance, someone who snorts drugs increases the risks of damaging the nasal and sinus cavities while a person who smokes drugs can damage their lungs and experience respiratory problems. Injecting drugs can lead to a host of potential hazards, including collapsed veins, skin infections, and a heightened risk for contracting an infectious disease like hepatitis or HIV/AIDS.11 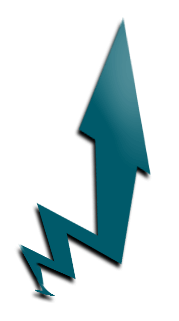 Cocaine and benzodiazepine drugs both have reinforcing properties due to their interaction with our brain reward centers. Additionally, they have dose-dependent mind-altering effects, which can increase the likelihood of bad decisions, poor judgment, and out-of-character behaviors. Abusing these drugs can increase a person’s risk for accidents, injuries, as well as aggressive and even potentially violent behavior. Benzos can impair memory as well, so a person may have difficulties remembering things that happen while they are under the influence.6

Both benzos and cocaine are addictive substances. The manner in which cocaine is taken, often in a binge pattern, increases its addictive potential as well, as does taking multiple drugs at the same time.

Over 8 percent of adults in America battled addiction in 2014, the Substance Abuse and Mental Health Services Administration (SAMHSA) reports. Addiction is a brain disease that has physical, emotional, and social ramifications, and it is characterized by difficulties controlling or stopping drug use.12

With repeated drug use, the brain stops working as it did before and instead relies on the drugs to remain balanced. This is drug dependence, and a major side effect of dependence is the onset of difficult withdrawal symptoms and cravings when the drugs wear off. Significant mood swings, difficulty feeling pleasure, impaired cognitive abilities, and physical discomfort are all possible side effects of benzodiazepine and cocaine withdrawal. Appetite and weight fluctuation as well as trouble sleeping are additional issues associated with cocaine and benzodiazepine addiction and withdrawal.10

Cocaine and benzodiazepines may be taken to enhance moods and ease stress, but they can actually end up compounding possible mental health concerns. SAMHSA reports that around 8 million adults in the United States struggle with co-occurring mental health and substance use disorders. Substance abuse can interfere with treatment and recovery of a mental health disorder and vice versa. Adding in more than one drug can further complicate matters.12

It is important to disclose all drugs that are being taken before entering into a treatment program in order to ensure that all possible interactions are accounted for. Much of the time, a drug test is done along with an assessment to determine the proper type and level of care.

Benzodiazepine drugs are not to be stopped “cold turkey” without professional help, as the associated withdrawal symptoms can be severe and even life-threatening. A medical detox program can aid in safely allowing these drugs to be cleared from the body using a tapering schedule, sometimes with the aid of a longer-acting substituted benzodiazepine agent. In the case of polydrug abuse, medical detox is an optimal first level of care. After professional detox and successful withdrawal management, individuals can then enter in to an integrated treatment program that can promote recovery from all co-occurring medical and mental health disorders and drug abuse concerns.13

If you or someone you love is struggling with addiction and are ready to start discussing treatment options, call us today at . There, a compassionate treatment navigator can help you create a plan to attend treatment at one of our rehab facilities across the United States. River Oaks, American Addiction Centers’ substance abuse rehab center near Tampa, Florida, may be a good fit for you. Call us today to find out more.

benzodiazepinescocainemixingprescription
Prefer getting help via text?
We're available 24/7 via text message. Signup below for access to our team when its convenient for you!
and many more...
✕
Instantly Check Your Insurance Coverage
Your information is safe & secure
At River Oaks, we accept most types of private (non-government) insurance and offer a variety of payment options.
You can quickly and privately check your insurance benefits to see if you're covered for addiction treatment services. We’ll be able to tell you if your provider is in network with River Oaks Treatment Center and all American Addiction Centers locations.
This means your treatment may be FREE1 depending on your policy, copay, and deductible.
Get Help & ResourcesLearn aboutaddiction recovery at River Oaks.