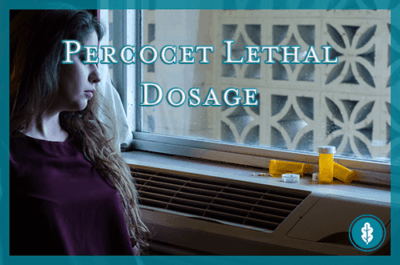 Percocet is a brand name painkiller formulation that combines the prescription opioid oxycodone with acetaminophen. Percocet is approved for use in managing moderately severe pain, such as might develop in association with injury or post-surgery. When monitored by the prescribing physician and taken as directed, Percocet can be a very effective painkiller for short-term use.1

Percocet is not intended for long-term pain management, although some people who have chronic pain conditions receive “as-needed” prescriptions to manage pain.2 Percocet has historically been one of the most widely prescribed narcotic painkillers, as well as one of the most commonly diverted for nonmedical use.3 Like other narcotic painkillers, including morphine and heroin, Percocet use may be associated with a rewarding euphoric sensation, which may reinforce compulsive, problematic use.3

One of the major risks of abusing opioid drugs like Percocet is fatal overdose. Respiratory arrest, and widespread anoxic injury (i.e., lack of oxygen delivery to tissues) can result from opioid overdose; fulminant hepatic necrosis and liver failure can result from acetaminophen overdose—an outcome that becomes more likely if the overdose occurs while drinking alcohol, as the threshold for liver injury is decreased. It is important to know the signs of a potential overdose on either drug, so the person can get emergency medical attention as soon as possible. Call 911 immediately if someone displays these symptoms.

Acetaminophen-mediated liver injury is surprisingly common—to avoid toxicity, doctors generally advise patients to not exceed more than 4000mg (or 4 grams) of acetaminophen in a 24-hour period. That’s as little as 8 extra-strength pills per day.4

Physicians calculate appropriate doses of narcotic painkillers like the oxycodone found in Percocet by measuring morphine milligram equivalents (MME).5 There is a standard safe dose of MME per day, although this can be adjusted depending on body weight, age, other medications being taken, and tolerance developed to other opioid prescriptions in the past. Doses of 50 MME per day have been found to double the risk of overdose without providing significant pain relief. The Centers for Disease Control and Prevention (CDC) found that 33 mg of oxycodone per day is the equivalent of 50 MME, so it is roughly 1.5 times the equivalent potency of morphine.5

Taking an additional over-the-counter medication, like a cold or flu drug, or medication to relieve a headache, can be dangerous. After numerous acetaminophen overdoses, doctors have found that the body experiences toxicity after consuming 4,000 mg (or 4 grams) of acetaminophen in one day.4 Taking less than that is extremely important, but that means monitoring how much acetaminophen is in a daily dose of Percocet and limiting over-the-counter drugs, which often contain acetaminophen as an analgesic or antipyretic (fever reducer). To reduce the risk of an acetaminophen overdose, the manufacturers of Percocet have now limited the amount of the NSAID per dose to 325 mg.1

Signs of an overdose on oxycodone, which is found in Percocet, include:6

The amount of oxycodone consumed increases the risk of an overdose, especially among people who abuse Percocet, as they may take more than the prescribed dose. Oxycodone stays in the body for 4-6 hours, and the half-life is between 1.25 and 3 hours. Taking another dose before the first dose has completely metabolized out of the body will increase the risk of death.7

Attempts at reversing a Percocet overdose may be made with naloxone—an opioid receptor antagonist that competitively removes the offending opioid (in this case, oxycodone) from opioid receptors, temporarily-preventing their pharmacologic effects.8 When administered early enough, naloxone can minimize the risks of an opioid overdose, but it does nothing for an acetaminophen overdose (which could require additional “antidote” treatment with a drug known as acetylcysteine).11

Tylenol is a widely known brand name for acetaminophen. In people who use Percocet, the risk of accidental overdose on acetaminophen may be increased because acetaminophen shows up in a lot of other over-the-counter medications which may be concurrently taken without an individual recognizing the potential risks. The primary concern with acetaminophen overdose is liver failure, which can lead to chronic health problems if the person survives the damage to this organ.4

Signs of an acetaminophen overdose include:4

There are several risks, both short-term and long-term, to misusing Percocet nonmedically.

Signs that Percocet abuse may be a problem include:

Short-term side effects caused by Percocet may include:1

If someone abuses Percocet for a long time, they may develop chronic problems, including:1

Percocet abuse can cause serious harm on a long-term basis, and it increases the risk of overdose and death. Purchasing drugs online or through other illicit means puts the person at risk of consuming something that is not what they expect. Thousands of people in the US have overdosed and died because fentanyl, carfentanil, heroin, and other potent opioids were sold to them instead of the drug they expected. In 2017, a rash of overdoses involving fake oxycodone led to numerous deaths, as people sought opioids after they could no longer get a prescription through their doctor.9

Even people who take opioids as prescribed may need help tapering off this medication safely. People who struggle for a long time with addiction to narcotics need medical supervision and may need prescription help from a drug like buprenorphine to safely manage the detox process. Trying to quit “cold turkey” is seldom advisable in instances of significant opioid dependence or addiction. In fact, it increases the risk of intense cravings, relapse, and subsequent overdose on drugs like Percocet. Medical detox coupled with comprehensive evidence-based rehabilitation treatment forms the foundation of successful addiction recovery.10