Valium Withdrawals – How to Help Yourself 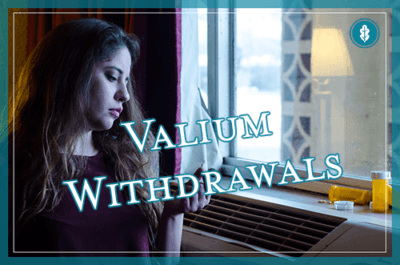 Valium is the prescription brand name for one of the most popular benzodiazepine sedatives of all time, diazepam. The depressant was approved by the Food and Drug Administration (FDA) in 1963 to treat many ailments, including insomnia, anxiety, panic attacks, and alcohol withdrawal symptoms. Even with diazepam, the generic version, receiving FDA approval in 1985, Valium remains one of the most popular and most abused prescription sedatives in the US.

Valium has a rapid onset, taking between 30 minutes to two hours to become effective in the body. However, it has a long half-life for the rapid onset, with most effects lasting between one and two hours.

The Effects of Valium, Leading to Dependence

Like other benzodiazepines, Valium acts on the gamma-aminobutyric acid (GABA) receptors in the brain. GABA is one of the most common neurotransmitters, primarily affecting how rapidly neurons communicate with each other. When a person does not have enough GABA available to manage this communication, neurons will fire more rapidly to compensate, which can lead to high stress, panic reactions, seizure disorders, and more.

By allowing GABA to remain in the brain for longer, benzodiazepine drugs like Valium create a calming effect, reducing anxiety, allowing a person struggling with insomnia to sleep, and preventing seizures or convulsions.

Many addictive substances affect the GABA receptors, including alcohol and barbiturate sedatives. Although benzodiazepines like Valium were once prescribed for regular, daily use, medical researchers now understand that these substances rapidly lead to physical dependence and higher tolerance; a person who takes Valium or other benzodiazepines daily for more than two weeks will reduce their brain’s ability to produce GABA on its own, leading to dependence. At the same time, they will need more Valium to produce the same effects as the original dose, meaning they have developed a tolerance. Because withdrawal symptoms associated with Valium are similar to the symptoms of conditions the drugs were designed to treat, even people who take Valium as prescribed may struggle to stop taking it.

Currently, a physician or psychiatrist will not prescribe Valium for more than two weeks of regular use, and they are likely to work with their patient on a taper to safely withdraw the person from the benzodiazepine. People who abuse Valium, or who struggle with addiction to this sedative, may experience serious withdrawal symptoms, including physically dangerous side effects.

When a person suddenly stops taking Valium, they may experience common withdrawal symptoms like:

High-risk withdrawal symptoms include hallucinations and seizures. Typically, people who take Valium as directed, and do not take it longer than two weeks, will not experience these side effects; however, people who abuse Valium for nonmedical reasons or without a doctor’s supervision are at great risk for developing seizure disorders due to sudden changes in the brain’s GABA production and psychotic symptoms like hallucinations or delusions. Depersonalization and derealization may occur, which may require hospitalization.

Another withdrawal symptom is hyperacusis, an increased sensitivity to sound in which the person experiences all noises as though they are extremely loud. The person may also become very sensitive to light and physical touch. They may develop numbness or tingling in the extremities. 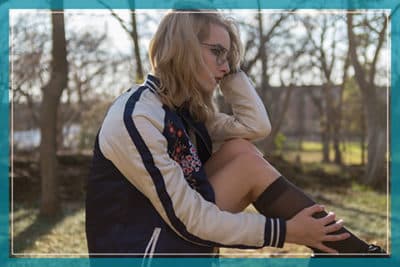 Generally, benzodiazepine withdrawal lasts no longer than two weeks. For rapid onset drugs like Valium, most people who take the sedative as prescribed, and those who have not struggled with abuse or addiction for very long, overcome withdrawal symptoms within one week. This process may last longer if the individual is working with their doctor to safely taper Valium use in order to end physical dependence while reducing withdrawal symptoms. Trying to quit “cold turkey” can lead to relapse and potential overdose.

When a person takes Valium for a long time, takes it in large doses, or abuses the drug for nonmedical reasons, they are at risk for developing protracted withdrawal symptoms.

This is known as benzodiazepine withdrawal syndrome (BWS). Symptoms associated with BWS are like those of acute withdrawal, but they last longer, especially the psychological symptoms.

Other BWS symptoms may include:

People who experience BWS report that symptoms can recur in waves; they may feel normal for a few days or weeks, then withdrawal symptoms may return for a few days. This condition can last for months or even years.

One report of BWS suggests that mental issues lessen over the course of one to two years.

Developing BWS is much more likely among people who do not receive appropriate medical supervision for their detox process, and those who do not work with doctors or psychiatrists to safely taper their use of Valium. Suddenly quitting Valium abuse puts the person at much greater risk for BWS.