Can You Use Kratom in Florida: Is It Legal? 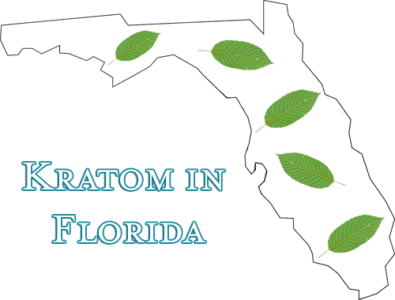 Kratom (Mitragyna speciosa Korth) is a tree that grows in Asia. Its leaves and shoots are used for medicinal purposes and for their psychoactive effects as they contain the substances mitragynine and 7-hydroxymitragynine, which are both known to produce stimulant- and opioid-like effects. The drug is reputed to have analgesic effects (pain-relieving effects) and to be effective in addressing the withdrawal symptoms associated with physical dependence on opiate drugs like heroin and Vicodin (hydrocodone and acetaminophen). It is available over the Internet and in many states where it has not yet been made illegal.

Kratom is a drug that has stirred some controversy due its potential to produce physical dependence and reported cases of overdose, some of which have been fatal. However, the United States Drug Enforcement Administration (DEA) does not currently list kratom as a controlled substance, although there have been several reports that the DEA will classify it in the Schedule I category very soon.

Several states have listed kratom as a Schedule I substance, making it illegal to possess it within these states according to state law.

Kratom is legal to use in states not listed above; however, in addition to state bans, some counties in states that have not banned the drug have local ordinances outlawing the possession of the drug within county boundaries.

There have been efforts to enact bills that make kratom illegal to possess in Florida, but both bills died in committee. In 2016, SB 11 and HB 73 did not pass, and in 2017, SB 24 and HB 183 never made it through committee.

However, in 2014, Sarasota County passed a local ordinance identifying kratom as an illegal designer drug and banning its possession and sale within county lines.

Possession of kratom within the county lines is a misdemeanor that is punishable by up to 60 days in county jail and/or a $500 fine. In addition, a court appearance is required for anyone charged with possession of kratom, adding whatever court costs the judge imposes to the sentence. One would also expect that there might be some mandatory drug counseling imposed either in lieu of jail time or as part of probation.

Other than Sarasota County, kratom is legal to possess and available at local head shops, vape shops, and even in cocktail bars, such as bars in West Palm Beach, Delray Beach, and South Beach, Florida. Further attempts to make it illegal should be expected across the state. If the DEA classifies it in Schedule I, it will be illegal as well.