The Physical Effects of Alcohol Abuse

Alcohol use is widespread and socially acceptable throughout many areas of the world. However, while alcohol may be legal for adults to purchase and often consumed without incident, many people engage in problematic patterns of drinking and experience serious consequences from its use.

According to the 2019 National Survey on Drug Use and Health, nearly 140 million Americans ages 12 and older reported any type of alcohol use in the month prior to surveying, and of those, more than 65 million reported binge drinking in the past month.1

Read on to learn more about how alcohol use effects the body. 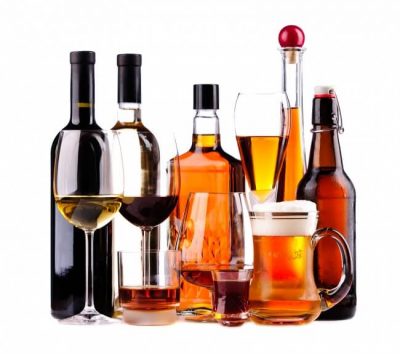 Many people underestimate how much alcohol they are consuming. A standard drink contains 1.2 tablespoons of pure alcohol. This amount of alcohol is found in 12 ounces of beer (many of them, at 5% ABV), 1.5 ounces of hard liquor (at 80 proof), or 5 ounces of wine (at ~12% ABV).2

As you drink, your blood alcohol concentration (BAC) begins to rise. A person is considered to be binge drinking when their pattern of alcohol consumption raises their BAC to 0.08 or greater. For most men, it takes 5 standard drinks over the course of about 2 hours to get your BAC to this level; for women, it typically takes 4 drinks in the same span of time.3

As you continue to drink over the course of minutes to hours, BAC and the corresponding level of impairment may progressively rise. Though the signs and symptoms of intoxication may vary from one person to the next, on average, at a BAC of up to 0.05, you may:4

At a BAC of .31 or higher, full loss of consciousness and life-threatening alcohol poisoning becomes an increasing concern.

Alcohol overdose can be fatal. Call 911 if you’re concerned that you or a loved one are experiencing alcohol poisoning symptoms.

In some people, excessive drinking over longer periods of time may lead to additional, potentially more persistent issues, such as nutritional deficiencies and an associated dementia. Other physical issues can include:5

Women especially need to be careful of excessive alcohol use, as it can significantly increase their risk of breast cancer.6

One of the more serious potential outcomes of long-term alcohol abuse is Wernicke-Korsakoff syndrome. This disorder develops as a result of a lack of thiamine, or Vitamin B1, a nutritional deficiency common amongst people with drinking problems.5

Wernicke-Korsakoff disease actually consists of two distinct syndromes—the severe and short-lived Wernicke’s encephalopathy and a longer-lasting syndrome known as Korsakoff’s psychosis. 80-90% of people who develop the encephalopathy (characterized by severe mental confusion and problems with muscular coordination) will then go on to develop Korsakoff’s psychosis, which involves more profound issues with memory and cognition. This condition is sometimes called “wet brain.”5

Though compulsive drinking may be associated with several debilitating health issues, seeking treatment can help. Utilizing medical detox and withdrawal management, as well as focused behavioral therapies, professional substance abuse rehabilitation efforts have helped many with alcohol use disorders begin to recover.

If you or a loved one is ready to get help for alcohol abuse, we can help. Call our Admissions Navigators at to talk to a compassionate, knowledgeable person about your options for treatment. 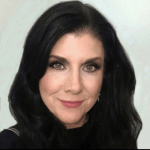 Leah Walker is a licensed marriage and family therapist with a PhD in Family Relations. Walker has over 20 years of clinical experience working with children, adolescents, and adults, focusing on family relations, substance abuse, and trauma. LeahRead More

alcohol
Ready to get started?
We're available 24/7 to answer questions and help you make decisions about starting recovery from alcoholism.
Your Next StepsRecovery can start today. We are here 24/7 via 813-551-3608.