Half of America Knows Someone Who Struggles with Opiate Addiction 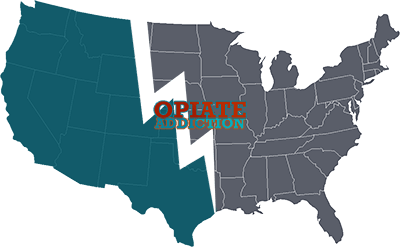 Prescription painkillers are dispensed daily to patients struggling with acute or chronic moderate to severe pain. Only a small percentage of this number are taking these drugs in service of an ongoing abuse or addiction issue, or are in the process of developing a substance use disorder based on their use of these drugs. However, this number is so significant that an estimated 44 percent of the American population say that they personally know someone who has struggled with the problem, says CNBC.

This information comes from a national poll recently released by the Kaiser Family Foundation. The poll also found that:

What do you think of the rate of painkiller abuse in the United States and the availability of treatment to manage the problem?

There have been a number of changes implemented in the past few years with the goal of limiting the abuse of painkillers and identifying those who need treatment for painkiller addiction in order to connect them with the treatment they need to heal. These include:

More than 80 percent of poll respondents supported these moves to limit new cases of prescription drug abuse and addiction, and help those currently struggling with the disorder to connect with treatment.

The drug naloxone is an opioid antagonist, which means that it can successfully stop a painkiller overdose – or any opiate overdose – in its tracks if administered correctly and in time. In many states, there has been a push to ensure that all first responders, including police and firefighters, carry the drug and have it available to administer as needed, and some states have legalized prescriptions for naloxone for friends and family members of people living with an addiction. The idea is to make sure that the drug is on hand in the event of an overdose and in the hands of the people most likely to come upon the person in need. To this end, the goal in many states is to make naloxone available to everyone without a prescription.

For families who have a loved one struggling with opioid abuse or addiction in any form, treatment is an immediate need. The risk of overdose is high with every dose every day. Even “seasoned” drug users can inadvertently take too much, and families that are concerned about the many repercussions of untreated painkiller abuse are right to worry.

Effective treatment will include a range of treatment services and therapies, each one chosen specifically for its ability to meet an immediate need of the person in question. That means that there is no such thing as a “one-size-fits-all” drug treatment program, even among people who share the same drug of choice.

This also means that there is more to treatment than simply addressing the physical cravings and withdrawal symptoms that often occur during medical detox. For many people, comprehensive opiate addiction treatment will, in addition to medical detox, include therapies and treatments that address:

What does your loved one need to begin a personal journey toward balance and wellness in recovery?