Katie Golden was musical, artistic, and a former cheerleader. She also struggled with ADHD, depression, and on-and-off use of marijuana before she died of a heroin overdose the very first time she tried the drug.

The loss of her 17-year-old daughter was understandably devastating to Katie’s mother, but she has directed her grief toward working to help other families who may be facing a potential crisis, lobbying hard for “Katie’s Law.” This prospective piece of legislation would essentially outlaw doing anything to facilitate a minor having to make the decision of whether or not to try a substance – from offering them a deadly substance to giving them a ride or otherwise assisting them in getting a deadly drug. With more than 800 supporters in an online petition, there is much work to be done in terms of helping people to realize, first, that it is not already illegal to offer drugs or facilitate the use of drugs for a minor and, second, that it is possible to make changes that protect children.

Said Ms. Golden about “Katie’s Law”: “It’s saying that you can’t offer drugs to kids. Kids shouldn’t have to make that decision. You shouldn’t entice them, encourage them, you shouldn’t help them get drugs, you shouldn’t say hey, come over for a pill party, my parents are out of town. 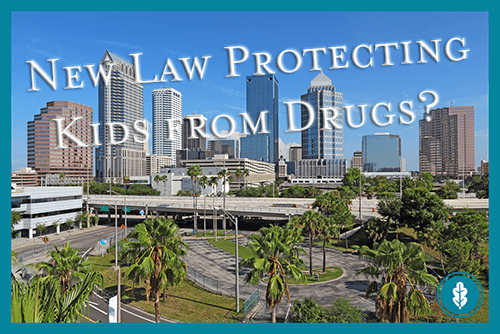 “It’s life and death, it’s not fun and games, it’s terribly dangerous and it can happen to anybody.”

It is not just the uninitiated who are at risk of deadly overdose due to use of heroin. Even people who have spent years in active addiction are at risk of dying due to use of the deadly street drug – now more than ever before. The issue is potency. While heroin has always been a risk in terms of the lack of oversight in its production and distribution that translates into inconsistency in the product, there is a new player in town that has upped the ante and made the risk a thousand times worse.

The drugs Fentanyl and carfentanil are synthetic opiate analogues, substances that are similar in chemical makeup and effect to morphine and heroin, but anywhere from 50 to 100 times more potent. The smallest amount can be added to a bag of heroin with no visible change for the end user to identify it as any different from a normal bag of heroin. As a result, buyers cook up their “usual” dose and overdose before they realize what is happening. If help is not called in time, death is inevitable.

For Katie, had help been called in time, she would have survived the overdose, according to her doctors. The importance of support and intervention from friends, family, and even random strangers who believe that someone has overdosed cannot be overstated. Early intervention is critical in saving the life of someone in the throes of overdose and equally important in helping someone who is living with an active drug use problem to avoid the risks of overdose with experimentation or ongoing use of heroin. The sooner an issue is recognized, the sooner the person in crisis can begin the process of healing and developing a life of balance in recovery.

Is Your Loved One at Risk?

If someone you care about is regularly using drugs of any kind, it is important to take the issue seriously. Katie had a history of struggling with marijuana use and abuse before she died of a heroin overdose, a heartbreaking demonstration that abuse of any substance can indicate a greater risk of death due to overdose compared to those who don’t use drugs.

Both for teens and adults, drug use of any kind is a terrible risk to mental health, cognitive growth and development, opportunities, and their very lives. The sooner that loved ones intervene, the greater the likelihood that healing will begin in time and overdose can be averted.

Is someone you love in need of your assistance? What can you do to help them understand the risks involved in their choices and help connect them to treatment services that can help them get back on track?