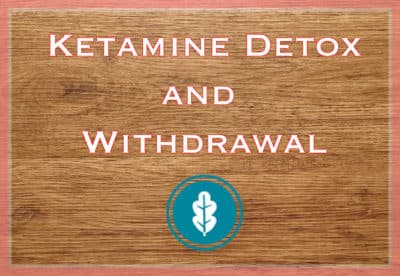 The detox process is one of the elements of rehab that can prove to be most intimidating, often preventing people who may need substance abuse treatment from starting the process. Many people fear that withdrawal symptoms during detox will be too much to handle, so they never try to stop abusing the substance in question.

Ketamine is a powerful dissociative and hallucinogenic drug that can become addictive due to its euphoric effect. However, detox from ketamine is not as risky as some people fear, and it is possible to get support for detox that minimizes withdrawal and makes it possible to stop using ketamine and get on the path to addiction recovery.

Ketamine Use and Abuse

Ketamine is a type of anesthetic used both for humans and in veterinary work, which gives it some its street names, such as horse tranquilizer or cat Valium. After its development in the early 20th century, it was originally used to help in treating battlefield injuries, and it has also been used for burn therapy and radiation treatment, among other uses. Recently, it has even been considered as a treatment for depression. Its dissociative effect, which is not as sedative as other anesthetics, has also given it life and reputation as a recreational drug. For this use, it is illegal.

As a recreational drug, ketamine is used to generate hallucinations, provide a dissociative sensation, and create a sense of euphoria in the user, according to the DEA. For this reason, it has become popular as a so-called club drug, used at parties and raves. It is usually ingested, injected, or snorted. In any of these cases, onset of the effects is fairly quick, potentially within five minutes for all of these methods.

The length of effect varies based on the method:

Ketamine in the Body

According to the National Highway and Traffic Safety Administration, Ketamine is thought to act through various areas of the brain’s neurochemical systems, including the opioid receptors and the dopamine system. These areas of brain chemistry are also those that are often associated with substance abuse and addiction, as they control the body’s pleasure and reward response as well as memory and other areas associated with addiction.

The effect of this interaction is basically to make the person feel disconnected from the self as well as a sense of extreme wellbeing.

This, in turn, leads to various side effects described by WebMD, including:

Sometimes, ketamine abuse can lead to addictive behaviors, such as:

When these symptoms occur, the person may be struggling with a substance use disorder that requires intervention through a treatment program. Detox is then the first step in treatment. Knowing what will happen can make it more likely that the individual will be willing to get help.

The half-life of ketamine is about 2-4 hours, which means that the drug can generally clear from the body within about a day or so. However, this exact timeline can vary, depending on the individual. 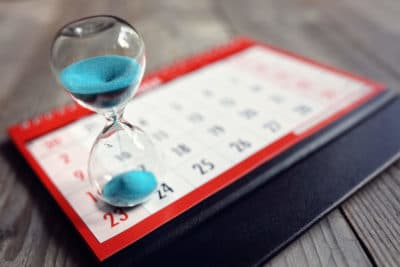 Factors that can change the elimination of ketamine include:

Some physical and mental symptoms of withdrawal can last longer than the basic detox period. While most symptoms of ketamine withdrawal are mild, severe symptoms can include:

A detox and withdrawal timeline for ketamine, as described by Mental Health Daily, includes:

Although most symptoms of ketamine withdrawal are minor, the incidence of psychosis or schizophrenia is a severe risk of use that requires mental health treatment if it results from ketamine abuse. In addition, depression is a side effect that can have severe consequences for the individual who has struggled with ketamine abuse.

During medically supported detox, professionals can monitor the client and intercede in these situations, helping the individual manage and minimize the effects of these and other withdrawal symptoms. This type of support can also help the person minimize the risk of relapse to abuse of the substance, making it easier to transition into a full treatment program and ongoing recovery.

Getting Help with Detox and Treatment 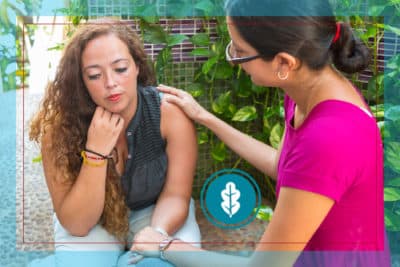 Professional, research-based treatment programs provide resources and support for ketamine detox, making it easier to get through the process. In addition, these types of programs can support treatment of potentially co-occurring disorders like psychosis, schizophrenia, and depression. They also provide therapy and other treatment elements that can help the person learn to manage cravings and triggers.

With this support, an individual who struggles with ketamine abuse or addiction can learn to manage this challenging, chronic mental health disorder and emerge in full recovery, making it possible to maintain abstinence from the substance for the long-term.