What Is Psilocybin? (Mushrooms)

Psychedelic substances have been around for centuries, used in religious ceremonies and in some cultures to induce a spiritual awakening or experience. Psilocybin is one of these such substances that is found naturally occurring in certain types of mushrooms. Psilocybin containing mushrooms are often called: 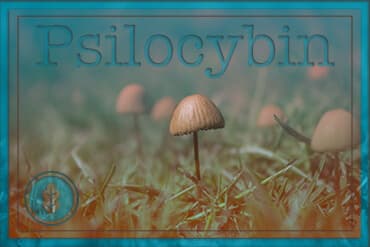 Psilocybin-containing mushrooms are found in subtropical and tropical regions of the United States, Mexico, and South America, the National Institute on Drug Abuse (NIDA) publishes. These mushrooms have long, thin, white, or light-colored stems with dark-ridged gills on the undersides of the tops, or caps. The caps are dark brown on the edges and either light brown or white in the centers. These mushrooms are marketed in both fresh and dried forms. In dried form, they are generally rust-colored with white, or off-white, patches. Typically eaten, they may also be added to food or brewed into a beverage, such as tea, in order to cover up their bitter taste.

Psilocybin mushrooms are hallucinogenic substances that the Drug Enforcement Administration (DEA) classifies as Schedule I substances – that is, they are considered illegal with no approved medicinal use in the United States. The National Drug Intelligence Center (NDIC) reports that psilocybin mushrooms are most commonly taken for recreational purposes by young adults and adolescents, and they are popular on the club scene and college campuses. Over 1 million American adults abused a hallucinogenic drug in 2014, the largest percentage of which were between the ages of 18 and 25, the National Survey on Drug Use and Health (NSDUH) publishes.

About 20 minutes after ingesting a psilocybin mushroom, individuals will start to feel the effects that likely last between four and six hours. When someone takes a hallucinogenic substance, the resulting effects are often referred to as a “trip.”

Psilocybin is believed to act on the prefrontal cortex of the brain, the region that is involved in helping to control moods and perceptions, analyze thoughts, and regulate abstract thinking, Business Insider reports. Psilocybin also impacts levels of serotonin in the brain, one of the naturally occurring chemical messengers related to feelings of pleasure. Mushroom trips alter perceptions of time, space, and the senses. While under the influence of psilocybin, individuals may not be able to differentiate reality from fantasy and hallucinations. They may have distorted senses and feelings of detachment from the self. People claim to be able to “see” sounds or “hear” colors, for example, and many liken it to a spiritual and out-of-body type experience. Individuals often report enhanced creativity and a wholly new and different view of the world when taking “magic” mushrooms. Psilocybin induces relaxation that is similar in effect to that associated with low doses of marijuana, typically leaving individuals feeling mellow and pleasant.

Physically, individuals may become nauseous and uncoordinated, with vomiting, drowsiness, and muscle weakness all being potential side effects of psilocybin use. Not all trips are positive. Some people may suffer psychotic symptoms, panic attacks, paranoia, excessive sweating, sleep difficulties, and a loss of appetite while taking psilocybin mushrooms.

The North American Mycological Association (NAMA) publishes that a person’s mindset and environment can impact the experience they will have when taking mushrooms containing psilocybin. If a person feels scared or out of sorts, the experience may not be pleasant.

It may also be difficult for people to know exactly what type of mushroom they are ingesting. It is possible to eat one that looks similar but that does not actually contain psilocybin, and instead may be poisonous and contain dangerous toxins. Ingesting a poisonous mushroom by mistake can be disastrous and even possibly lead to overdose and death. In 2011, more than 8,000 people needed medical treatment in an emergency department (ED) for a negative reaction to a hallucinogenic drug (not including PCP or LSD), the Drug Abuse Warning Network (DAWN) publishes.

Is Psilocybin Helpful or Harmful?

Recently, small studies have been performed that seem to herald the potential medical and positive effects of psilocybin. When someone ingests psilocybin, it is metabolized in the body into a chemical called psilocin,which is similar in structure and action to serotonin. As mentioned, serotonin helps to enhance moods, but is also involved in learning, thinking, and memory functions as well as sleep and appetite levels. Individuals who suffer from depression and anxiety may have lower levels of serotonin in their bodies than those who don’t suffer from these mood or anxiety disorders. In fact, many of the medications used to combat depressed moods work to enhance and elevate serotonin levels in the brain. Psilocybin may then be effective in reducing depression when used as part of a complete treatment plan that also includes therapeutic methods, The New York Times postulates.

Since psilocybin is classified as a Schedule I drug, and therefore illegal in the United States, research is limited into its potential medicinal properties. Just as it may temporarily elevate moods, the ensuing “come down” after the trip may result in low and depressed emotions. Also, psilocybin is unregulated and therefore it can be nearly impossible to know how someone may react to it. While anxiety may be lowered in one person, it may be exacerbated in another person, and an individual may become paranoid, have delusions, and suffer a panic attack under the influence of psilocybin. Psilocybin is understood to change neural connections in the brain, thereby restructuring how certain parts of the brain “talk” to each other. This is not fully understood and may have dangerous and unpredictable consequences.

Long-term side effects of psilocybin have not completely unmasked. One of the potential consequences of abusing a hallucinogenic drug may be the onset of a debilitating condition called hallucinogenic persisting perception disorder, or HPPD. The journal Therapeutic Advances in Psychopharmacology warns that 5-50 percent of people who take a hallucinogenic drug will suffer from flashbacks at some point. A flashback is a reoccurrence of symptoms that pops up randomly and without warning. With HPPD, these flashbacks are intense and produce feelings similar to that of being intoxicated by psilocybin. Flashbacks can persist for years. Individuals may see “halos” or trails of light following objects and suffer other visual disturbances. Symptoms may be misdiagnosed as a brain tumor or neurological disorder and be difficult to treat.

NIDA warns that persistent psychosis is another possible long-term side effect of abusing a hallucinogenic drug like psilocybin. Since the drug alters perceptions and brain connections, it is possible that some of these changes become ingrained, and ongoing mood disturbances, paranoia, disorganized thinking, and visual disturbances may be the result.

Unlike many other illegal drugs, psilocybin is not believed to be addictive. Individuals can develop a tolerance to the drug with regular use, requiring them to take higher doses each time to be able to feel its effects. Higher doses can increase the odds for a bad trip or other negative reaction.

Cross-tolerance with substances like LSD (d-lysergic acid diethylamide) is also a potential side effect of chronic psilocybin use. Individuals can never be sure how much psilocybin will be contained in a single mushroom either, meaning that they may take more than intended at one time. Once the trip begins, there is really no way to come down until the drug has processed its way out of the body.

In short, no amount of psilocybin is considered safe at this point. Recreational use of this psychedelic substance can cause many potentially hazardous and unintended side effects.