Overview – What are the signs of abuse, effects, and withdrawal timeline for OxyContin? 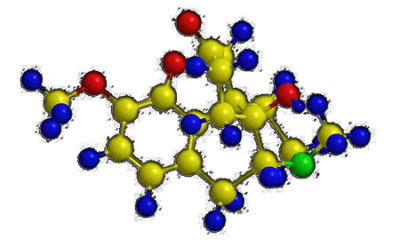 OxyContin is a brand name of the medication oxycodone, an opiate analgesic, which is a prescription medication that is often used to treat acute pain. This type of medication works by changing how the body responds to pain signals. Opioids like OxyContin should not be used on a long-term basis due to the risk of physical dependence and addiction.

While many people use OxyContin for acute pain and do not develop physical dependence or addiction, some people have difficulty stopping use of this drug. Dependence is a common factor in addiction, but not everyone who becomes dependent on this drug is addicted. Dependence occurs when the body becomes accustomed to the presence of a substance and begins to rely on that substance in order to function normally. Once physical dependence occurs, the user will experience a withdrawal syndrome whenever reducing or stopping use of the drug. Addiction is a
behavioral disorder in which an individual repeatedly seeks out and uses a substance
despite destructive consequences.

Most people who are addicted to opiates like OxyContin are physically dependent on the drug, so withdrawal is common. During detox, the body processes out all substances of abuse. Sometimes, medication is involved in the detox process, particularly when detoxing from opiates like OxyContin. Other times, individuals go “cold turkey” and simply stop taking the medication; however, this should only be done under medical supervision to ensure safety throughout the process.

Effects of OxyContin Use

OxyContin, even when used correctly, can cause some unintended side effects. Side effects become more severe when the drug is overused or used incorrectly. Some people abuse this drug by taking more than prescribed, or changing how they take it in, such as chewing extended-release tablets to release the whole dose simultaneously. Taking oxycodone in this way can not only make side effects more severe, but it also greatly increases the chances of developing increased tolerance, physical dependence, and addiction.

Short- and long-term effects of abusing oxycodone are similar to the results of abusing any other opiate. Common acute side effects of OxyContin, according to the National Library of Medicine, include:

Some side effects can be more serious. The following side effects are more likely to occur with high-dose or chronic oxycodone abuse:

Overdose is a risk any time a person abuses OxyContin. Symptoms of overdose include: 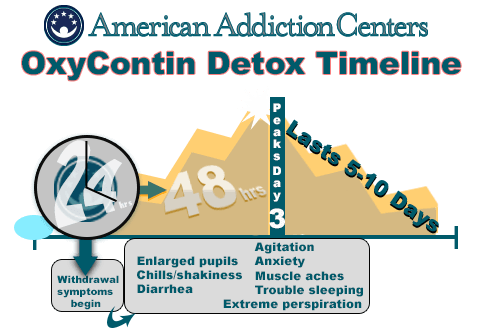 Detoxing from OxyContin can trigger a fairly severe withdrawal syndrome. The symptoms of oxycodone withdrawal are typically very strong, including overwhelming cravings for the drug, which can make it difficult to refrain from returning to drug abuse. While withdrawal can be difficult, it is not usually life-threatening; however, the intensity of cravings and the discomfort of the withdrawal symptoms make medical detox generally necessary for opiate withdrawal.

The National Library of Medicine lists various symptoms of opiate withdrawal. Some symptoms occur early on in the detox process, while other appear hours or days later. Withdrawal symptoms generally appear within the last day of drug use and last several days, sometimes lasting longer than a week. Early symptoms of withdrawal generally occur within 24-48 hours of the last dose. They include:

Later symptoms of withdrawal generally appear 3-5 days after the last dose. They include:

Acute symptoms of opiate withdrawal typically resolve within 5-10 days. Some psychological symptoms, however, can be longer lasting, such as depression or anxiety. These symptoms can last weeks or months. Medical detox is typically meant to manage acute, physical symptoms of withdrawal; symptoms that persist are generally addressed in ongoing addiction treatment. 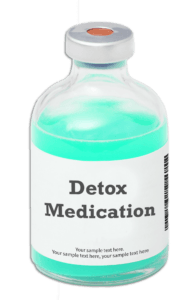 Methadone and buprenorphine are both carefully controlled substances due to the risk of abuse. In certain states, methadone can only be dispensed within licensed methadone clinics and cannot be written as a prescription to be taken as an outpatient. Detox using methadone begins with replacing the drug of abuse with regular doses of methadone and then moves to slowly taper the methadone dosage over time, in order to avoid symptoms of withdrawal. Using a slow tapering approach allows the body to become accustomed to functioning without opioid drugs.

Buprenorphine is used in a similar way to methadone, with buprenorphine replacing the drug of abuse and then slowly being tapered over time. Buprenorphine generally does not cause a “high,” or a rush of euphoria, as drugs of abuse do, which helps to deter people from abusing it. As a partial opioid agonist, buprenorphine has less abuse potential than methadone; however, some people are still able to abuse it. As a result, it is sometimes combined with naloxone, a drug that blocks the effects of opiates, in order to ensure the medication is not misused. With its lower abuse potential, buprenorphine is more widely available and able to be taken at home with a doctor’s prescription.

Individuals suffering from opiate addiction will need comprehensive addiction treatment following detox. Often, medications like methadone and buprenorphine are used not only in the detoxification process, but also as maintenance drugs to assist in ongoing recovery. Medication should always be combined with behavioral therapies to ensure the root causes of the addiction issues are addressed.