The late psychologist Dr. Albert Ellis was originally trained as a psychoanalyst (from the Freudian school of psychotherapy) and also studied some of the aspects of behavioral psychology. In his training, Dr. Ellis learned to focus on the experiences, beliefs, and impressions developed during childhood and adolescence of his clients as the main mechanism of change. This is one of the basic tenants of Freudian psychoanalysis: that issues with behavior and psychopathology are formed early in development based on how personal experiences are processed by unconscious processes in the mind. 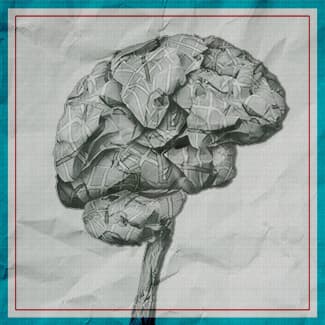 Ellis also studied aspects of behaviorism, the paradigm in psychology that is pretty much the opposite of the Freudian aspect. In behaviorism or behavioral psychology, the focus is directly on the behavior itself, whereas in Freudian psychoanalysis, behavior is seen to reflect or express much more deep-rooted emotional factors. A person using behavioral therapy will simply try and change the antecedents or consequences of one’s behavior (antecedents refer to environmental aspects that trigger behavior, whereas consequences refer to the results of one’s behavior), whereas Freudian psychologists attempt to find the deep-rooted meaning in behavior as it is expressed as a form of symbolic manifestation of what is really bothering individual. Behaviorists do not consider internal conflicts, thoughts, or emotions but only the behavior itself, whereas Freudian psychologists only consider the actual behavior to be symbolic of internal conflicts that include the emotions and beliefs.

Ellis believed that both schools were lacking but both also had some relevance. The bridge for him was considering aspects of cognitive psychology, the branch of psychology that focuses on thinking and other mental processes. Ellis became convinced that the correct approach to understanding people and fostering change in them was to connect the interplay between the person’s environment (the focus of the behaviorist school) and the person’s mental processes (the focus of the Freudian school and cognitive therapists). Ellis eventually came to the conclusion that the individual’s expectations (often heavily influenced by others) determine their viewpoint and how they behave. Ellis believed that focusing on changing expectations and beliefs was the key to successful therapeutic intervention.

According to the book Rational and Irrational Beliefs: Research, Theory, and Clinical Practice and other works written by Dr. Ellis and his peers, he borrowed the ABC acronym from the behaviorist school and added his own interpretation to it.

The acronym ABC in the behaviorist school refers to:

Ellis used the ABC acronym and expanded on it (ABCDE) to describe the fundamental model of REBT:

Based on his work with individuals in therapy, Ellis came to the conclusion that having negative beliefs, including beliefs that were totally irrational or just unrealistic, reinforced negative expectations and negative consequences of one’s behavior. If one could address these negative expectations and irrational beliefs, one could also influence the consequences of an individual’s behavior to move in a more positive direction. While this may seem rather straightforward and simplistic by current standards as many subsequent forms of Cognitive Behavioral Therapy follow this exact formula, it was remarkably ingenious in Ellis’s time.

The goal Ellis focused on all of his years was to help people to express their emotions, beliefs, and actions in a manner that is consistent with a quality of life that is constructive and relatively free of self-imposed limitations. These self-imposed limitations are often brought about by negative or destructive belief systems and/or attitudes that interact with events in the world to produce dysfunctional behavior in individuals.

Ellis referred to the process of obtaining rational beliefs and attitudes consistent with the real world as a state of mental wellness. REBT became the process Ellis used to reshape the irrational and dysfunctional belief system of individuals who were having trouble with different types of behavioral issues, including severe psychopathology such as major depressive disorder, anxiety disorder, personality disorders, and even substance use disorders.

The goal of REBT is to first identify how an individual expresses these “musts” (people often express these differently even though they are similar in everyone) and then understand how they relate to the individual’s behavior, particularly to dysfunctional behaviors. Once the therapist has developed this framework, the goal becomes to challenge these irrational beliefs and assist the individual in developing more realistic, positive, and functional beliefs and attitudes that will result in positive and fulfilling behaviors.

Before going further, it is important to understand that any form of belief system or any form of irrational belief system is not conceptualized by that person as a conscious explanation for their behavior. People may have some fleeting knowledge of their motivations but they often do not fully understand them or their origins on a conscious level. For instance, an individual does not begin using a drug like cocaine or alcohol by telling themselves, “I’m using this drug because I believe that I must be perfect at all times, and I need this drug to deal with the tension I feel from being inadequate.”

The core issues associated with the “musts” are often at a level well below consciousness and need quite a bit of introspection to understand. The “musts” as Ellis described them develop as a result of many years of acting, reinforcing, and even interpreting actions in a specific manner that may be unrealistic. Cognitive therapists use terms like schemas and scripts to describe these types of mental programs that are ingrained in a person. Not all of these types of schemas are irrational or dysfunctional. Many of them serve an important function and allow individuals to relate to others, predict the behaviors of others, and interact with others in a functional manner. However, individuals who have certain types of behavioral psychopathology may have a subset of these schemas that are irrational and lead to dysfunctional types of consequences.

An REBT therapist develops a close working relationship with the client and establishes trust before identifying these belief systems. Once identified, the therapist helps the individual alter their belief systems to be more consistent manner with reality by having them challenge these beliefs in the therapy sessions and in the real world. Once it is established that these inflexible belief systems are irrational, the therapist helps the individual change them to a more functional and rational manner. While this process is easily stated, therapist require years of training and practice to develop the skills needed to apply the theory.

According to sources such as the Journal of Rational Emotive and Cognitive Behavioral Therapy and others, the aim of REBT is to help people understand how they contribute to their own distress by maintaining these irrational belief systems, help them develop more realistic schemas regarding the world and others, and help them behave in a manner that is more consistent with reality. The fundamental objectives of the process of REBT follow:

The simple answer to this question is “yes, it does work.” REBT has empirical support to indicate that it can be successfully used to address a number of issues, including substance use disorders, severe personality disorders that are often very difficult to treat, major depressive disorder, a number of anxiety disorders, trauma and stress-related disorders, and various other issues. It should be understood that this form of therapy is not a panacea and will not be successful in cases where individuals may be severely psychotic, have significant cognitive limitations, and are not willing to do the homework that therapists often give clients. Cognitive Behavioral Therapy treatments like REBT work best for individuals who are motivated to work on their issues and open to being challenged. For some individuals, REBT can be used to help enhance motivation; however, individuals who are not willing to become engaged in the therapeutic process will not have the same level of success as individuals who are willing to get deeply involved in the therapeutic process.

therapy
Get the Info & Help You NeedWe're open across the US. Learn about your options.