The “dark web“ is essentially an anonymous internet, a place where people can browse and interact online but no one knows who they are, where they are, or what they have been doing.

Though not everyone who makes use of these specialized browser clients is doing anything illegal, there are those who have taken advantage of the anonymity and created what has been dubbed “an anonymous eBay for criminals” to sell illegal guns and drugs without getting caught for the most part. Every so often, someone gets caught running drugs via the dark web, and though the crimes may have been committed in dark and hidden virtual corners, the punishments are very much in-person and real.

When one South Florida man was caught selling heroin and fentanyl on the dark web, his lawyers argued that he was a smalltime dealer, just like the average person who sold dime bags on the corner but that his “corner” was online. 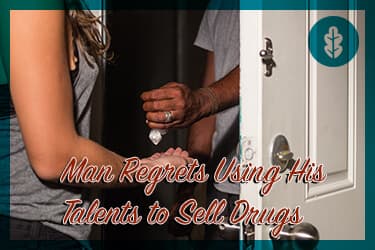 Senior US District Judge Daniel T.K. Hurley presided over the case and was not impressed with the lawyer’s attempts to downplay the crime. He said: “People are overdosing and dying. The word has to go out … that if you do get caught [dealing drugs], the consequences are very severe.”

What do you think? Do you think that online drug sales are more or less dangerous than in-person dealings? Should dealers who sell addictive and illegal substances online face lesser penalties because they never meet their clients face to face?

Just like on eBay, the South Florida man up on charges for dealing drugs online based his business on positive feedback from customers, and he had a good rating of about 98 percent at the time of his arrest. It was his commitment to keeping this rating high that ultimately led to his capture. When a customer complained that their package did not arrive, the man logged into the US Postal Service to check the tracking, having used Priority Mail to send the requested item. Drug Enforcement Administration (DEA) investigators were then able to prove that someone from his home logged in to the USPS site to check the status of one of the packages sold online.

These agents were among the man’s customers. They placed more orders and then followed him to the post office as he shipped their package and the packages belonging to four other customers.

After arrest, the man confessed to having used a number of aliases to sell drugs, including cocaine, heroin, flakka, and fentanyl, on multiple underground sites on the dark web. Based on these charges, he could end up spending more than eight years in federal prison; his lawyer argued for four years saying that anything more was overly harsh.

His family rallied to his side to support him as well, including his wife and mother. All testified that he was a hardworking and intelligent person who had lost his work permit and green card when he was arrested for possessing a small amount of marijuana. A Jamaican citizen who has grown up in the United States, he reported that he felt like he had no other choice than to sell drugs, that it was “either that or starve.”

The man told the judge he was ashamed of himself for having invested his energy and intelligence in crime and reportedly told the judge: “I’m confident that the next chapter in my life will be a better one.”

The judge acknowledged the man’s remorse and the support of his family but noted that his crimes were serious and noted the high rates of drug overdose in the United States and the rate of deaths caused by use of the substances that the man was selling, especially fentanyl. Ultimately, the sentence was five years and 10 months in federal prison, and the judge made sure the man knew that he would likely be deported upon release.

Why Are Online Drug Sales Dangerous?

The prosecutor pushed for more time in prison based on the fact that a message should be sent to those who are, or are considering, selling drugs online. Online drug sales on the dark web are notoriously difficult to trace, making it easier for people to sell their wares online, disseminating poison without any accountability. Similarly, the anonymous nature of online transactions may encourage some who might not otherwise ever try or use these substances if they were forced to deal with a drug dealer in person to try deadly drugs that could contribute to the development of an addiction or overdose. The fear is that since online drug sales make the whole process easier and more comfortable, it will only encourage more people to get involved – and that more people will die as a result.

What do you think? Was the South Florida man fairly sentenced? Does his sentencing send a message to those who deal drugs online?