The Florida Department of Corrections recently released a report counting the number of lives lost in the prison system last year, and people are scrambling to figure out the why and how of what is happening behind bars. The total deaths in Florida prisons came to 428, a number that is 20 percent higher than any recent year. Additionally, the average age of death was much younger than what has been normal for past years. Are drug overdoses responsible for the spike in deaths and the plummeting average age of death among Florida inmates? 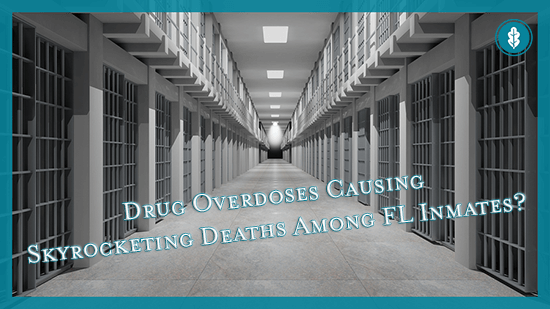 Unfortunately, most of the deaths that occurred in 2017 in the prison system are marked as “pending further investigation.” It makes it difficult to pinpoint any contributing factors that would allow for changes so improvement can be made in 2018.

Howard Simon is Executive Director of the Florida American Civil Liberties Union. He says: “A 20 percent spike in prison deaths is of course alarming, as is the fact that it’s younger inmates that are dying, rather than people who have been in there for decades. But I don’t want to jump to any conclusions. Many of these are under investigations. And there’s multiple causes.”

So, are drug overdoses causing this problem? Are younger inmates doing more drugs and dying as a result? The Florida Department of Corrections is launching an investigation to find out.

Julie Jones is Secretary of the Florida Department of Corrections. She says: “As our population evolves and mirrors that of society at large, we’ve observed that an increase in inmate deaths aligns with the increase in inmates presenting with complex substance use disorders and behavioral health issues, as well as a rise in the elderly inmate population.”

In other words, yes, it is likely that drug overdose has played a role in the increase in the number of deaths as well as the change in the average age of death among inmates. However, there are a number of other issues as well. More elderly inmates translates into more prisoner deaths on its own, but Florida is well known to have one of the most violent prison systems in the country due to violence that occurs among inmates, difficulties connecting inmates with effective healthcare, and use of force by staff.

In addition, the use of synthetic drugs like K2 may be playing an increasing role in the loss of inmate lives, especially among the younger population. Essentially, any chemicals that can be found are sprayed on dried plant material and then smoked. The drug is rarely if ever picked up by the normal drug tests performed by prisons, but its effects can include psychosis, paranoia, and aggressive behavior as well as overdose. As one former Florida warden calls it, K2 is the “new enemy.”

Treatment: The Road to Recovery

One of the biggest issues is that there is little to no assistance for those who are in crisis due to substance abuse or addiction in Florida prisons. With little funding, dangerous conditions, and overworked staff, budgetary focus is on safety first – as it should be. However, those inmates who were not eligible for drug courts due to a violent charge still need help fighting addiction. When they are released, without the proper care and support, it is likely that they will return to the drug use that drove them into prison in the first place. In many cases, they overdose on the outside or ultimately return to prison with further charges.

Is your loved one in crisis due to substance abuse and addiction and at risk of incarceration? Are they about to be released from prison and in need of treatment that can help them build a new life in recovery? How can you help?