Signs of an Overdose

An overdose occurs when an individual has consumed too much of a substance for the body to process.

No matter which substance a person may be dependent on, from alcohol to cocaine to heroin, overdose is always a possibility.

In fact, in 2014, opioid-related overdose deaths increased 14 percent from the previous year, according to the Centers for Disease Control and Prevention.

Each substance has its own signs of overdose. If you suspect you or someone else may be experiencing an overdose, call 911. This article is not intended to provide medical advice. Emergency services should be contacted immediately if anyone is in a potential overdose situation. 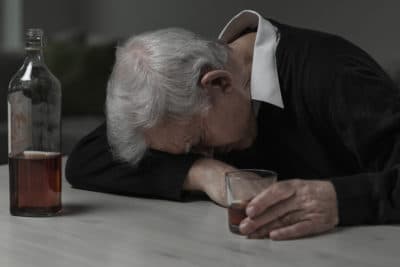 Alcohol overdose, more commonly known as alcohol poisoning, occurs when a person drinks more alcohol than the body can process in a specific amount of time. Since alcohol is a depressant, too much of it can essentially shut down an individual’s brain by depressing respiration. When breathing is slowed too much, it prevents oxygen from reaching the brain and can result in coma or death.

Some signs of alcohol poisoning include:

If individuals show any of these signs after consuming any amount of alcohol, the first course of action is to contact emergency services. Even after individuals become unconscious, their blood alcohol concentration can continue to rise, causing further damage. Home “remedies” for sobering up, such as taking a cold shower, drinking coffee, or eating greasy food will not reverse alcohol poisoning. Prompt medication attention should be sought.

More than 8,200 people died from heroin overdose in 2013 – a rate that is nearly four times what it was in 2002. Opiate use is becoming more and more common, and individuals from all demographics are at risk.

Signs and symptoms of an opiate overdose can include:

Like alcohol, opiates are commonly mixed with other substances, such as cocaine. This can make individuals more susceptible to overdose.

In 2014, the United States Food and Drug Administration approved a prescription medication called Evzio – an injectable form of naloxone – that can be used by individuals, family members, and caregivers in the event of an opioid overdose. While naloxone can be a lifesaving medication, it does not negate the need for the involvement of emergency services. Naloxone also only works for opiate overdoses and will not work in the event of an overdose caused by another substance.

An overdose – which is sometimes referred to as overamping – on cocaine, meth, or other amphetamines can increase the risk of an overdose-related heart attack, stroke, or seizure. This may occur regardless of the dose 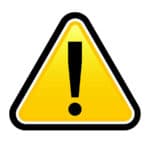 If the person is unable to control substance use, professional treatment is recommended. Most addiction treatment programs involve both medical detox and comprehensive therapy to address the reasons that led to substance abuse. The best way to avoid overdose is by living a sober life in recovery, and treatment can make that happen.