Dextromethorphan (DXM) is a cough suppressant medication that is found in over a hundred over-the-counter medications. Though it is safe to use as directed to treat colds and coughs, DXM creates a problem when people take it more often than recommended or take the drug in an effort to achieve a high.

Referred to by a number of a slang names, including robotripping and dexing, DXM is popular among young adults who want to get high and many don’t realize that the drug is as strong as it is. Over time individuals may become dependent or addicted to DXM. 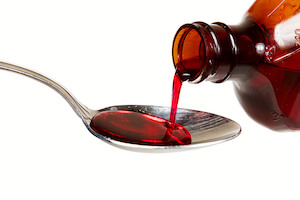 Any medication that contains DXM can be abused. DXM is classified as a dissociative drug and, like other drugs of this class, can cause a range of reactions that users often describe as different “plateaus.” These experiences depend on how much was taken, the person’s physical makeup, and if other drugs were used at the same time. The high comes in different stages:

DXM is easy to find and easy to buy. It can be taken in liquid or pill form and is found in a range of medications. Some common brand name medications that contain DXM include:

Any medication that lists DM in its title, such as Mucinex DM, carries DXM as its primary ingredient. However, if it isn’t listed as part of the name, it does not mean that ingredient isn’t present, which is why it is important to read all labels when purchasing over-the-counter medication.

Though popular among young people, people of all ages are susceptible to DXM misuse. Abuse or misuse of DXM can occur when:

The normal medical dosage for DXM is only 15-30 milligrams every four hours. Those abusing the medication are more likely to take much higher doses than an acceptable medicinal dose. Some people use certain chemicals to separate the ingredients, thus getting a straight DXM high. In addition, some users combine DXM with use of other substances in an effort to intensify the high. Mixing substances increases the likelihood that an overdose will occur.

Signs that someone is abusing DXM are generally similar to signs of substance abuse in general. The Diagnostic and Statistical Manual of Mental Disorders (5th ed.) lists 11 criteria that may indicate substance abuse. These include:

If a person continually abuses DXM, addiction treatment may be needed. If you are concerned about you or someone you love, know that there is help available. River Oaks Treatment Center offers comprehensive addiction treatment to help address DXM abuse, as well as other addictions.

Contact our compassionate and caring admission navigators at to find out more about treatment in Tampa, Florida, check your insurance coverage for rehab, payment options, or to begin the admissions process. When you’re ready to get on the road to recovery, we’re here to help.

dissociativesdxmsubstance abuse symptoms
Prefer getting help via text?
We're available 24/7 via text message. Signup below for access to our team when its convenient for you!
and many more...
✕
Instantly Check Your Insurance Coverage
Your information is safe & secure
At River Oaks, we accept most types of private (non-government) insurance and offer a variety of payment options.
You can quickly and privately check your insurance benefits to see if you're covered for addiction treatment services. We’ll be able to tell you if your provider is in network with River Oaks Treatment Center and all American Addiction Centers locations.
This means your treatment may be FREE1 depending on your policy, copay, and deductible.
Get Help & ResourcesLearn aboutaddiction recovery at River Oaks.