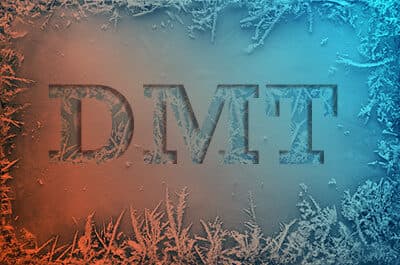 Throughout the centuries, people have used hallucinogens to simulate spiritual or transcendent experiences, in the belief that this brings them closer to unity with divine entities or the purpose of living. All sorts of naturally occurring psychedelic and psychoactive drugs, from tobacco to peyote and beyond, have been considered divine because of their ability to help individuals experience altered states of being.

DMT is a naturally occurring substance that has been used in this way around the world. Its most common use is in spiritual or recreational pursuits meant to induce hallucinated experiences of other worlds, divine beings or presences, and personal enlightenment. However, people who take drugs like DMT are often unaware of the ways in which these drugs affect the body and brain and the risks that can come from engaging in hallucinogen use, including use of DMT. 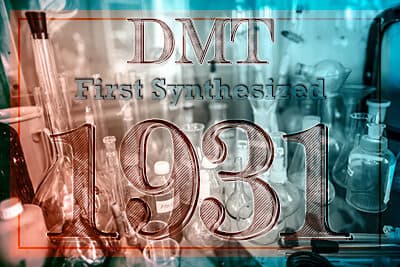 Dimethyltriptamine – known in recreational drug use as DMT, Dimitri, or ayahuasca – is a substance derived from a number of different plants, many of which are common to the Amazon basin. Some sources state that evidence of its use by indigenous peoples of South America may go back more than four millennia. Whatever the case, this drug has been used for at least hundreds of years in religious and spiritual rituals and for recreational purposes.

Starting in about the 1930s, DMT began being synthesized in the lab. However, since then and even to today, there has been no approved medical use of the substance. As a result, the US Drug Enforcement Agency has listed DMT as a Schedule I controlled substance. It can be used for research but is otherwise illegal for personal use.

Nevertheless, it continues to be a mildly popular hallucinogen for spiritual use or as a “club” drug.

DMT as a Drug of Abuse

DMT is most often used to induce visions and create psychedelic “trips” for either recreational or spiritual purposes. The drug has been nicknamed by many as being the “god” drug, because people who have used it describe a feeling of connectedness to the universe, as well as an experience that can resemble a near-death experience.

There are also those like the subject of an interview from Little Atoms who believe that DMT is the reason people believe in life after death or transcendent experiences; the drug has been found naturally in the human body, with little indication as to the reason. While there has been no direct scientific evidence for the reason DMT is found in the body, this perception helps to fuel some people’s desires to use it.

Whatever the belief about DMT, it is a potent psychedelic that seems to be in increased demand for use in spiritual and recreational pursuits.

DMT Action in the Brain

The National Institute on Drug Abuse explains that DMT works specifically in the serotonin pathway of the brain, which regulates a variety of functions in the body, including digestion and wound healing, as well as psychological functions, such as appetite, sleep, and mood. This pathway also affects perception and thought processing.

When DMT interferes in this pathway, it affects the way the user perceives things. This can result in a variety of physical and psychological responses, including:

Many people who experience these trips come away with positive experiences. However, bad trips can also occur, including hallucinations of terrifying situations or environments.

The National Survey on Drug Use and Health for 2014 indicates that DMT and similar drugs have been used at least once by about 0.7 percent of the general population 12 and older. About 0.1 percent report having used it in the previous year. While it is not nearly as popular as hallucinogens like LSD or PCP, it is still available and at least somewhat attractive because it can be derived from plants, and some people therefore consider it to be “natural.” On the other hand, DMT can also be synthesized, so its use is not only dependent on finding plants that contain the substance.

According to research from the Journal of Psychopharmacology, DMT has a larger proportion of new users compared with other hallucinogens, and its popularity may be growing because of a perception that it has few if any negative side effects.

While there is a perception from some people that DMT is relatively safe, it nevertheless has certain physical and mental health effects that are worrying. For example, a study from Pharmacopsychiatry indicates that while DMT acts differently from hallucinogens that disrupt the glutamate system, it is similar in that it can cause certain schizophrenia-like symptoms, such as incoherence or inappropriate emotional responses to stimuli.

The National Institute on Drug Abuse also indicates that long-term, frequent use of DMT or ayahuasca may result in either persistent psychosis or a condition called HPPD – hallucinogen persisting perception disorder – which can cause the person to experience flashbacks to hallucinated experiences, as well as visual disturbances. These can occur at any time, and can present a physical risk to the individual if it occurs while performing a dangerous task like driving a car or engaging in risky behaviors.

Current research, including the Journal of Psychopharmacology article, seems to indicate that people who use DMT are unlikely to develop tolerance easily, making it a less addictive drug than other hallucinogens. For this reason, physical dependence is unlikely to occur. However, after repeated, frequent use, it is possible for psychological dependence to develop. Specific signs that a person is engaging in damaging DMT abuse can include:

Whenever use of a drug disrupts a person’s life to the point that pursuit of using the drug is more important to the individual than other aspects of daily life, and the person is unable to control that use, the person may be dealing with a substance use disorder. Signs that this is occurring may include:

If these and similar symptoms and disruptions are occurring, the individual may be dealing with a substance use disorder and require professional treatment to stop use.

As with most drugs of abuse, it is possible to recover from DMT addiction through professional treatment that involves research-based therapies. These therapies and treatments include:

With these and other science-based treatments, individuals who are struggling with their use of hallucinogens like DMT can learn to function without the drug, heading into a clearer future unhindered by the physical and psychological consequences of DMT abuse.

meth
Prefer getting help via text?
We're available 24/7 via text message. Signup below for access to our team when its convenient for you!
and many more...
✕
Instantly Check Your Insurance Coverage
Your information is safe & secure
At River Oaks, we accept most types of private (non-government) insurance and offer a variety of payment options.
You can quickly and privately check your insurance benefits to see if you're covered for addiction treatment services. We’ll be able to tell you if your provider is in network with River Oaks Treatment Center and all American Addiction Centers locations.
This means your treatment may be FREE1 depending on your policy, copay, and deductible.
Take the Next StepStart your journey toward recovery.