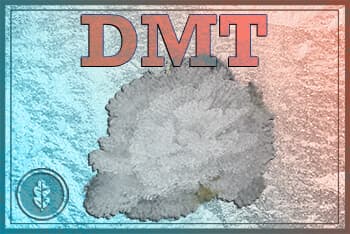 The National Institute on Drug Abuse (NIDA) reports that drugs that are classified as hallucinogens have the main effect of altering one’s thought processes or perceptions, such that an individual’s experience becomes significantly different than what is real. The direct effects from this class of drugs are quite different than the effects of other classes of drugs. They alter one’s perception in that these drugs produce powerful hallucinations and even delusional behaviors, alter one’s sense of time in a significant manner, and even may produce perceptions that result in an individual feeling as if they are not real or they are leaving their own body. DMT is a powerful hallucinogenic drug. 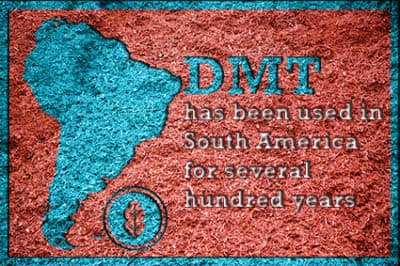 According to the United States Drug Enforcement Administration (DEA), DMT (N, N-Dimethyltryptamine) is an extremely powerful hallucinogenic drug that has a history of being used by different cultures in South America for several hundred years. Substances naturally occurring in a number of Central American and South American plants contain DMT and have been used for centuries by natives in these countries in their religious services. In some areas of Central and South America, the drug may still be used legally by these tribes.

The drug can also be produced artificially. In all forms, it is classified as a Schedule I controlled substance in the US, indicating that DMT has no recognized medicinal purposes and is a significant drug of abuse. It can be smoked, inhaled in forms of snuff, and brewed in teas and products like Ayahuasca and taken orally.

Individuals who abuse DMT use it for its psychoactive effects, which are very intense and very short in duration. For some individuals, this is preferable to other hallucinogens, such as LSD, that have effects that last for a significant length of time (often up to and even longer than 12 hours). DMT is considered to be a classic hallucinogenic drug that primarily produces enhanced sensual experiences, such as colors appearing brighter or sounds more intense; the perception that time is slowed down; and hallucinations (primarily visual hallucinations but they can occur over any sense). In most individuals, DMT does not produce significant dissociative effects (feelings that things are not real or that one is leaving one’s body).

Exact figures on DMT abuse are not available. SAMHSA (Substance Abuse and Mental Health Services Administration) reported that slightly over 1 million adults admit to some type of hallucinogenic drug abuse based on their most recent data. The American Psychiatric Association (APA) reports that the features of a hallucinogen use disorder as a result of abusing a drug like DMT include:

APA specifically states that withdrawal symptoms are not identified for hallucinogenic drugs like DMT and that there are no diagnostic withdrawal criteria for this class of drugs. NIDA also reports that there is no significant evidence that these drugs produce physical dependence (having both tolerance and withdrawal syndromes). Thus, at the current time, there is no significant evidence that individuals who use DMT will develop a formal withdrawal syndrome and that they need to be enrolled in a physician-assisted withdrawal management or medical detox program as a part of their recovery.

Nonetheless, there is potential that anyone using any type of drug may develop certain issues with emotional functioning in the early stages of abstinence as part of the recovery program. Issues could include mood swings, irritability, depression, anxiety, and cravings for the drug. Thus, while physical dependence on hallucinogens does not appear to be an issue, some individuals may experience emotional symptoms that need to be monitored and treated by a physician in the early stages of their recovery from DMT abuse. As a result, medical detox may be recommended.

In addition, chronic hallucinogenic use, including use of DMT, can be associated with:

Hallucinogen-persisting perception disorder may occur with chronic use of hallucinogenic drugs. This disorder is often attributed to chronic use of LSD; however, it may occur with chronic use of any hallucinogen. The disorder consists of experiencing repeated drug “flashbacks” when the person has not used the drug. Flashbacks include symptoms that can be very distressing, such as the experience of afterimages, halos around objects, things appearing much larger or smaller than they really are, and visual hallucinations. The symptoms can cause significant distress and impairment in the individual’s functioning, and there is no formal treatment protocol for the disorder. Individuals with the disorder are often given medications, such as anticonvulsants, and their symptoms are managed on a case-by-case basis.

Treatment for DMT Withdrawal and Addiction 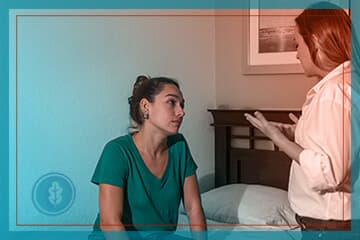 While individuals abusing DMT most likely do not need a formal withdrawal management protocol and will not have withdrawal symptoms, some individuals with severe hallucinogen use disorders may benefit from initial inpatient treatment to isolate them from toxic influences and to help them develop a foundation for their recovery. In addition, because hallucinogenic drugs are often abused in conjunction with other drugs of abuse, individuals may have developed physical dependence on drugs like alcohol or prescription medications. Individuals with polysubstance abuse issues might need to be engaged in a withdrawal management program for these issues.