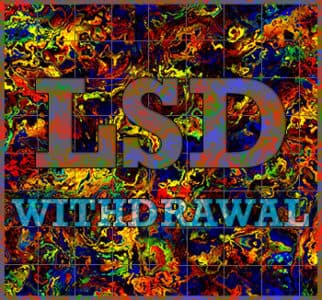 LSD (lysergic acid diethylamide) was developed in the late 1930s as part of an effort to facilitate the process of childbirth. The drug was found to have no usefulness for that purpose, and it was not investigated for any other purposes until the 1940s. At that time, the drug was found to produce very powerful hallucinogenic effects, and it was marketed as a therapy aid for psychiatrists. LSD became extremely popular in the 1960s as part of the counterculture movement that occurred at that time.

The Effects of Taking LSD

LSD is classified as a classic hallucinogen, indicating that its main effects are mood alteration and modification of one’s perceptual experiences. It does not normally produce dissociative experiences, such as the feeling as if one is leaving one’s body or that things are not real, but this may occur in some individuals. The drug is typically taken in very small doses (100-200 micromilligrams) and its effects are long-lasting (10-12 hours even at small doses). The effects of LSD are reported as:

The specific effects of taking LSD that may occur in any individual appear to be very context dependent, such that the conditions under which one takes the drug may affect their actual experiences. A person who is depressed, anxious, or feels threatened might experience a heightened and more intense sensation regarding these effects, whereas a person who is happy might experience more positive effects.

Although one can take too much LSD and suffer overdose effects, it does not appear that there any recorded fatalities that are due to an overdose effect of the drug. That being said, obviously, a person who is hallucinating and has an altered sense of reality is in danger of self-harm due to poor judgment or accidents while under the influence of the drug. In addition, taking LSD in conjunction with other drugs, such as alcohol or narcotic medications, may lead one to overdose on those drugs.

Even according to conservative sources, such as the National Institute on Drug Abuse, there is no evidence that chronic use of LSD produces physical dependence. Individuals who use hallucinogenic drugs such as LSD on a regular basis will develop tolerance to these drugs rather rapidly. Tolerance is only one of the two potential symptoms that indicate that an individual has developed physical dependence on a drug. The other symptom is the development of withdrawal. There do not appear to be any serious withdrawal effects from chronic use of LSD. Thus, it does not appear that people who use LSD on a regular basis are in serious danger of developing physical dependence on the drug.

Nonetheless, individuals who have co-occurring mental health disorders and use hallucinogens may develop a mild psychological dependence on use of the drug to cope with stress or to escape from reality. These individuals may experience issues with irritability, anxiety, depression, insecurity, and mild cravings once the drug is discontinued; however, there are no indications that they would be any serious physical symptoms that could be potentially dangerous if an individual discontinues the drug. Whenever an individual with a severe emotional problem and co-occurring drug abuse abruptly discontinues their use of the drug, they are at risk for potential issues with self-harm due to accidents, poor judgment, or even suicidal thoughts.

An interesting twist to the relationship between LSD and physical dependence is that there is recent research suggesting that LSD may be useful in treating physical dependence on other drugs, particularly alcohol use disorders. For example, a recent article in the research journal Progress in Neuro-Psychopharmacology and Biological Psychiatry reports that there is a meta-analytic study that suggests that high doses of LSD are effective in the treatment of withdrawal from alcohol, and that other research suggests that this may be a valid treatment for certain types of physical dependence on other drugs.

The Substance Abuse and Mental Health Services Administration (SAMHSA) presents data on the use of different substances that occur in the United States. According to the data presented by SAMHSA, the rate of first-time hallucinogenic drug use reported in individuals in the United States has remained stable since 2000, even though it appears that attitudes toward drugs like LSD are not as prohibitive as they once were. Nonetheless, the American Psychiatric Association (APA) provides diagnostic criteria for ahallucinogen use disorder that would include the abuse of LSD.

Because major organizations like the APA and NIDA maintain that there are no reliable criteria to indicate that individuals with hallucinogen use disorders suffer from withdrawal, there is no formal need to place anyone in a physician-assisted withdrawal management program as a result of hallucinogen abuse. However, some individuals may benefit from initial residential treatment and a consultation with an addiction medicine physician to address any emotional symptoms and distress that may occur during the early stages of discontinuation. Any individual who is attempting to recover from a substance use disorder should be involved in a formal treatment program that includes supervision by an addiction medicine physician, therapy for substance use disorders, participation in social support groups such as 12-Step groups, treatment for any co-occurring disorders, and other interventions as needed. 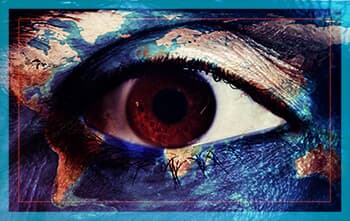 Despite the fact that a formal withdrawal management program is not warranted as a result of discontinuing LSD, there are a number of issues that can occur when an individual quits using the drug, particularly if they had used it for a significant period of time. The most pressing issue that may occur is the development of a syndrome known as hallucinogen-induced persisting perception disorder; this is a formal clinical syndrome recognized by the APA and other sources.

This disorder occurs in individuals who have chronically abused hallucinogens like LSD and then discontinued their use. These individuals suffer periodic flashbacks, which are re-experiences of perceptual changes that one associates with being on the drug. Individuals may have the experience that colors are brighter, that there are halos around objects, that things are much smaller or larger than they are in reality, or that things are moving when they are not. They may have actual visual hallucinations even after they have not taken the drug for some period of time. This disorder is relatively rare and appears to occur in a small percentage of individuals who have used hallucinogens; however, its effects are quite disturbing, and there is no formal treatment protocol to address it. Treatment consists of medications, such as anticonvulsants, that address the specific symptoms the person is having.

It appears that certain individuals may be vulnerable to the development of this disorder. These individuals include those who:

Given these considerations, even though there is no formal need to be placed in a withdrawal management program when one discontinues LSD, it is extremely important that treatment for abuse of LSD include the supervision of an addiction medicine physician or psychiatrist in addition to other standard treatment protocols for a substance use disorder.