Peyote Use and Abuse 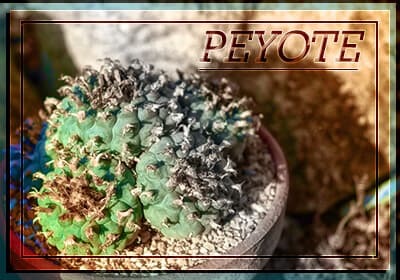 Hallucinogens have been used over many centuries for spiritual and recreational pursuits. While many hallucinogens today are artificially made, the original hallucinogens came from plants or fungi, such as mushrooms, among other natural sources. Peyote is one of these naturally found substances, and it has historically been used in spiritual ceremonies, particularly by the native peoples of North and Central America.

Like with many drugs, peyote can be a target of abuse by people looking to get high. While the drug is legal for Native Americans to use in specific rituals and ceremonies, it is otherwise designated by the US Drug Enforcement Agency (DEA) as a Schedule I substance, meaning that it has a high risk of abuse, does not have any recognized medical purpose, and lacks safety information for medical use.

According to the Center for Substance Abuse Research (CESAR) at the University of Maryland, peyote is the name given to two different cactuses of the genus Lophophora; however, one of these plants – Lophophora diffusa – is referred to as “false peyote” because it has only trace amounts of the active hallucinogenic chemical, which is called mescaline. Lophophora williamsii is the plant that is used to obtain the drug naturally.

These small, spineless cacti are generally found in the southwestern United States and northern Mexico. The active part of the plant is the cactus “buttons,” which protrude above ground and are harvested and dried for use.

History of the Drug 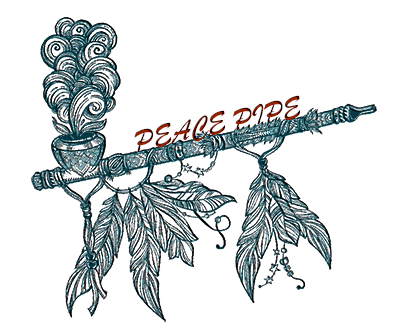 Peyote is one of the oldest known hallucinogens, which has been used for centuries to treat illness and induce visions for spiritual ceremonies. The earliest known users of this drug were the Aztecs, who believed it was a holy plant. Its use spread from there to other Native American and First Nations groups, who all considered it to be a source of healing and a sacred plant.

How Peyote Is Used 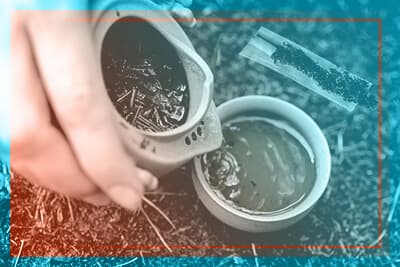 Peyote buttons can be used in a number of ways. Most simply, according to DEA, they are chewed or eaten to extract and ingest the mescaline. Alternatively, they are dried and steeped to make peyote tea, or the dried buttons are ground and can be smoked with tobacco or other plant material. The ground peyote can also be put in capsules for ingesting.

Mescaline, which can also be synthesized in a lab, can also come in pill or powder form. Sometimes it is injected, but this is not considered to be the preferred method of use.

What Peyote Does in the Brain and Body

According to the National Institute on Drug Abuse, peyote, along with other hallucinogens, mainly affects the levels of serotonin in the brain, disrupting the pathway’s communication mechanism. The result is that the individual begins to experience altered perceptions of space and time, and can see, hear, and otherwise sense or experience things that are not there as if they were real. Peyote also affects the dopamine and norepinephrine pathways, resulting in nervous system stimulation and, potentially, euphoria.

Along with these psychological effects, peyote’s effects on these neurotransmitters and on the rest of the body resemble stimulants. Effects include:

Taking only small amounts of the drug may result in a stimulant effect without the hallucinations.

Onset of the high takes about one or two hours.

According to a study from the American Journal on Addictions, the population that uses peyote in the US has steadily remained at about 1-2 percent between 1985 and 2010; this includes years both before and after the passage of the AIRFA. On the other hand, use of peyote among Native Americans increased to just under 10 percent within four years and remained steady after that.

This is compared with the lifetime prevalence of overall hallucinogen use of about 15 percent for people who are 12 and older, as reported by the National Survey on Drug Abuse and Health. This puts peyote lower on the list of commonly used hallucinogens.

Physical and Psychological Effects of Peyote Use

The major psychological risk of using peyote, as well as other hallucinogens, is hallucinogen persisting perception disorder, or HPPV. In this condition, the individual may experience regular and unpredictable flashbacks to previous hallucinogenic experiences. These flashbacks can take place at any time, and without warning, which could be dangerous if the individual is in the middle of a risky activity, such as operating machinery, driving a car, or engaging in pastimes like biking or swimming, during which being disconnected from reality can result in accident, injury, or even death. The last effort from the Drug Abuse Warning Network in 2011, before its discontinuation, showed that 8,043 emergency room visits that year were attributable to use of miscellaneous hallucinogens, which include peyote.

Some people believe that peyote is not addictive. However, like any drug that affects the dopamine system in the brain, there is potential for a person to become addicted to mescaline, and therefore to peyote use. For a person who heavily uses peyote or mescaline on a regular basis, tolerance for the drug may build over time and lead to increased use and eventual dependence on the drug to feel good. When this happens, addiction is likely to occur.

Signs of abuse or addiction to peyote include:

These symptoms are clinically defined signals that the individual may be dealing with a substance use disorder or addiction. Recognizing the possibility that addiction is present is the first step toward getting help.

There is no approved medicine that can be used to treat addiction to hallucinogens. However, research demonstrates that it is possible to treat addiction through a combination of psychological and social therapies that help the individual learn to manage cravings and triggers that lead to continued substance abuse. These treatment elements include:

Through these and other elements, a reputable, research-based treatment program can help a person who is abusing or addicted to peyote learn to manage life without using the drug, resulting in the potential for a healthier, more meaningful life abstinent from peyote.