Synthetic drugs are intoxicating substances manufactured to have properties similar to known hallucinogens or narcotics, but different enough to be considered legal substances that can be sold in retail stores. Although many prescription medications are synthetic or semi-synthetic, such as oxycodone or hydrocodone, these medications are tightly regulated and have a medical purpose. Typically, when a government agency or news outlet refers to a synthetic drug, they are referring to a dangerous substance that is designed to bypass the law and get users “high.”

Although the Drug Enforcement Agency and several state agencies have worked to make synthetic drugs illegal as soon as the substances are discovered, labs that produce these intoxicating and addictive drugs often slightly alter the chemical formula in order to continue sales and go around the law. As of 2013, state and federal enforcement agencies have encountered 200 synthetic drug compounds.

In 2012, President Obama signed the Synthetic Drug Abuse Prevention Act into law. This law is part of the Food and Drug Administration’s Safety and Innovation Act, and places 26 specific synthetic drug compounds on the DEA’s Schedule I list, meaning these drugs are illegal and have no accepted medical use. The law also allows the DEA to add new compounds to Schedule I more quickly, so that enforcement actions can be taken against retail sellers and importers. In addition to the federal changes, 43 states have created their own laws to make synthetic drugs illegal.

There are two popular categories of synthetic drugs: synthetic cannabinoids and synthetic cathinones. As of 2011, all 50 states have banned the majority of these compounds, either with individual bans on specific synthetic compounds or with general bans. These drugs are sold as herbal incense, bath salts, or other names.

Synthetic cannabinoids are chemicals that are similar to THC, which is found in marijuana. The manufactured substance is then sprayed onto dried plant material or available in liquid form. These are typically sold in retail stores as potpourri, herbal incense, or liquid incense. These drugs are labeled “not for human consumption.” The point of this labeling is to get through legal loopholes by claiming the substances are not intended to be consumed.In 2009, when synthetic drug use in the US began to dramatically increase, the DEA found 95 separate compounds being sold as “legal marijuana.” These compounds are now outlawed, but new forms are being created all the time.Common names for synthetic cannabinoids are:

Synthetic cathinones are a class of stimulants related to amphetamines. The most common chemicals found in this class of drugs consist of methylenedioxypyrovalerone (MDPV), methylone, and mephedrone.By 2012, state and federal agencies reported 31 new synthetic cathinone compounds, compared to four found in 2009. These drugs are typically snorted or smoked, although they can also be injected or eaten for similar intoxicating effects. Common names for synthetic cathinones include:

Although synthetic cannabinoids and cathinones are the most worrisome compounds for regulatory agencies at the moment, there are other synthetic drugs of abuse. 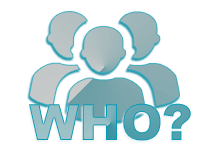 Because synthetic drug compounds skirt the law, these technically legal substances tend to be abused by age groups that cannot otherwise acquire drugs. Adolescents and teens who are 12-17 are among the biggest users of synthetic drugs due to easy access. According to the National Institute on Drug Abuse, 5.8 percent of 12th graders reported abusing synthetic cannabinoids in the past year in 2014. While that percentage is down greatly – over 11 percent of 12th graders abused synthetic marijuana during the prior year in 2012 – these drugs are still very dangerous.

The slight changes that are continually made to synthetic drugs make these chemicals unpredictable. Although there are expected symptoms for some of the compounds, doses are not measured in any way, so each package can contain a different amount, quickly leading to overdose. Additionally, the changes to chemicals to make them legal can have dangerous effects on the body that no one can foresee. For example, 45 percent of people who abuse bath salts experience the effects for over 24 hours unlike other stimulants, such as cocaine or ecstasy, with effects that last for much shorter periods of time.

Effects of synthetic cannabinoid use include:

When a person begins to overdose on synthetic cannabinoids, symptoms include:

Signs of synthetic cathinone use include:

Symptoms of synthetic drug overdose include:

There are no antidotes when a person begins to overdose. Emergency rooms struggle to help people who overdose on synthetic drugs, often putting patients on respirators to help them breathe, and heavily sedating them so they will not lash out at doctors, nurses, or themselves. With one of the latest synthetic cathinones called flakka, people who take the drug can easily become dependent on it, but at the same time, a regular dose can cause the body’s temperature to spike as high as 106 degrees. Brain damage from elevated body temperature begins at 107 degrees.

Get Help for Synthetic Drug Addiction

It is very important for people who are abusing synthetic drugs to get help before serious damage takes hold. Individuals put their lives at risk every time they ingest these compounds.

Currently, there are no medications specifically to treat synthetic drug withdrawal symptoms; however, benzodiazepine medications have been shown to ease the aggression, anxiety, and psychosis associated with these chemicals. In some cases, antipsychotics can be used to treat ongoing paranoia or psychosis.

A comprehensive rehabilitation program is the best course of action to help people struggling with addiction to synthetic drugs. Inpatient programs can be appropriate, because the facility will keep the person away from sources of the drug, eliminating the chances of relapse during treatment. Rehabilitation programs offer medical oversight, including prescriptions as needed for co-occurring medical or mental health issues. These programs also offer social support, with both individual and group therapy.

While new synthetic drugs appear on the market on a seemingly daily basis, addiction treatment is constantly evolving as well. Look for a treatment facility that offers research-based care and an individualized treatment approach, ensuring that all clients have the best chances of a complete recovery.

River Oaks, American Addiction Centers’ Tampa rehab center, is ready to help you overcome addiction and find long-term recovery. Call us today at to learn more about our addiction treatment options near you.

hallucinogens
and many more...