Risk of Combining Xanax and Heroin

Both heroin and Xanax are types of central nervous system depressant drugs. This means that they interact with some of the autonomic and life-sustaining functions of the body, such as temperature regulation, breathing, heart rate, and blood pressure. Heroin is an illegal opiate drug that blocks pain sensations, enhances calm and mellow feelings, and increases pleasure, producing a short-lived “high” when abused.

Often called chiva, hell dust, horse, thunder, smack, and negra, heroin is distributed as a white or brown powder (or as black tar heroin in a black sticky form) to be injected, snorted, or smoked.

Xanax, on the other hand, is a prescription drug containing alprazolam, a benzodiazepine drug approved by the Food and Drug Administration (FDA) to treat anxiety and panic disorders. Benzodiazepine drugs, often referred to as benzos, stimulate and increase the levels of a naturally occurring chemical messenger in the brain called gamma-aminobutyric acid, or GABA, which mutes the “fight-or-flight” reaction the body undergoes in response to stress. Xanax can help to relieve anxiety, muscle tension, tremors, and hyperactivity of the central nervous system. It may also be regularly abused for the pleasure-inducing “high” it can produce as well when taken outside of a legitimate prescription.

Taken together, heroin and Xanax both slow down the central nervous system and interfere with autonomic life functions as well as the proper workings of some of the brain’s neurotransmitters.

Drug overdoses are at an all-time high, with the Centers for Disease Control and Prevention (CDC) reporting that more drug overdose fatalities were reported in 2014 than any other previously recorded year. Heroin overdoses close to tripled in four years, and six out of 10 drug overdose deaths involved an opioid drug, the CDC further reports.

Mixing drugs can be especially dangerous and have a wide range of unintended consequences. Especially when two drugs with similar methods of action, such as central nervous system depressants, are combined. Both Xanax and heroin can slow down breathing, pulse, and cardiac functions to levels that can be life-threatening. Information published in a research briefing to the National Treatment Agency for Substance Misuse (NTA) found that benzodiazepine drugs were present in almost half of all heroin overdoses studied. The briefing to the NTA also found that individuals who use a benzodiazepine drug were close to 2.5 times more likely to die from a heroin overdose than those who don’t. The journal Drug and Alcohol Dependence reports on clinical studies showing the fatal overdose rate for the combination of a benzo and heroin to potentially be even higher – at rates between 50 and 80 percent.

An overdose occurs when the drugs overwhelm the brain and body. They build up to toxic levels in the bloodstream, and the body can’t metabolize and remove them quickly enough.

Signs of a Xanax and/or heroin overdose include:

An overdose can be treated and potentially reversed with swift and competent care, often with the use of an opioid antagonist such as Narcan (naloxone), which many first responders carry. Overdose should be considered a medical emergency, and treatment should be sought immediately. Individuals should also report any and all drugs involved in an overdose to medical personnel, as different drugs may require different reversal or lifesaving methods.

In addition to being potentially fatal when abused, heroin is the third most commonly involved drug reported in emergency department (ED) visits related to illicit drug abuse, the 2011 Drug Abuse Warning Network (DAWN) indicates. More than half of all drug-abuse related ED visits in 2011 involved multiple drugs as well.

The CDC reports that nine out of every 10 Americans who use heroin use at least one other drug as well. Xanax and heroin, when combined, can be highly dangerous. The combination has many short-term and far-reaching consequences beyond the enhanced “high” it may produce. 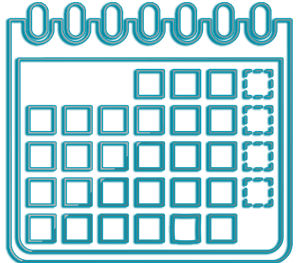 Heroin is considered to be highly addictive both physically and psychologically. The 2014 National Survey on Drug Use and Health (NSDUH) publishes that well over a half-million Americans (aged 12 and older) were considered to be suffering from a substance use disorder involving heroin within the past year. Mixing heroin with another drug that disrupts the natural production and transmission of some of the brains neurotransmitters like dopamine can more rapidly increase physical drug dependence.

Dopamine is one of the brain’s chemical messengers that tells a person to feel happy, and it is involved in the regulation of moods. When dopamine levels are increased artificially through drug abuse, chemical pathways in the brain are altered. Some of the brain functions that serve to control impulses and process rewards, as well as those involved with memory and learning functions, may be negatively affected. With chronic abuse, some of these changes become more fixed in the brain, and it may become difficult to control drug use and feel happiness without the substances.

According to information gathered by the Treatment Episode Data Set (TEDS) for individuals admitted to substance abuse treatment centers nationwide in 2012, approximately 56 percent of all admissions were for polydrug abuse. When polydrug abuse is present, a comprehensive treatment model that addresses the emotional, behavioral, social, and physical ramifications of drug use and abuse is highly beneficial. A thorough assessment and drug screen should be done upon admission to ensure that all pharmaceutical methods are safe and effective during detox and treatment.

Psychiatric complications may be greater with polydrug abuse, as the journal Drug and Alcohol Dependence reports on higher incidence of depression, suicidal ideations or self-harming behaviors, and hospitalization among users of both heroin and a benzodiazepine drug.

benzodiazepinesheroinopiatexanax
Ready to get started?
We're available 24/7 to answer questions and help you make decisions about starting recovery.
Get Help & ResourcesLearn aboutaddiction recovery at River Oaks.