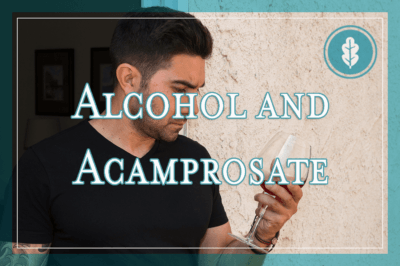 Acamprosate (trade name Campral) is one of a few medications that are approved by the Food and Drug Administration for treating particular symptoms that occur in alcohol use disorders. Other medications that have FDA approval for the treatment of alcohol abuse problems are ReVia (naltrexone) and Antabuse (disulfiram).

Acamprosate may also affect other functions in the neurons, particularly the calcium channels in neurons that are associated with excitatory neuronal functioning. It is speculated that the use of acamprosate inhibits the actions of excitatory neurons and increases the effectiveness of inhibitory neurons that primarily utilize GABA. This results in its ability to reduce cravings in individuals recovering from alcohol use disorders.

How Does Acamprosate Treat Alcohol Use Disorders?

A sampling of the major meta-analytic research regarding the use of acamprosate for the treatment of alcohol use disorders is outlined below:

Reviewing the results of the meta-analytic research indicates that acamprosate can assist individuals in recovery from alcohol use disorders.

However, the conclusions from the available research on the use of the drug indicate a few key findings:

Thus, the major contribution of acamprosate during the treatment of an alcohol use disorder is to help an individual control and deal with cravings while they are already abstinent from alcohol use.

There are some potential side effects associated with the use of acamprosate.

Acamprosate is an FDA-approved medication that can be useful as an additional treatment for individuals who are already in recovery from alcohol use disorder. The drug is useful in reducing cravings for alcohol in people who are already abstinent from alcohol, have been able to maintain abstinence for a week or longer, and are motivated to be successful in their recovery. Acamprosate cannot reduce a person’s intake of alcohol while they are still drinking or directly affect any withdrawal symptoms associated with abstinence from alcohol.