Disulfiram: How Does It Help Alcohol Withdrawal?

Statistics from the National Institute on Alcohol Abuse and Alcoholism show that, in 2014, 87.6 percent of people in the United States, 18 or older, said they have consumed alcohol at some point in life. Nearly 25 percent said they had engaged in binge drinking, and 16.3 million adults presented with alcohol use disorder (AUD). About 1.5 million were treated at facilities dedicated to AUDs.

Chronic alcoholism has economic, health, and social consequences, and medications are sometimes used in conjunction with therapy to treat the disease. One common way physicians treat alcoholism is by prescribing disulfiram, a medication that creates unpleasant physical and psychological reactions when combined with alcohol. 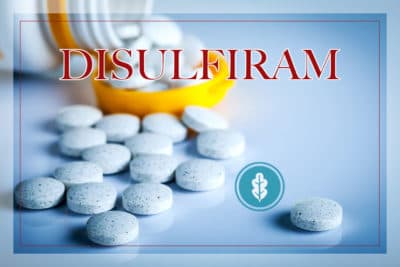 Disulfiram, sold under the brand name Antibuse, is a medication taken in tablet form. It was approved by the U.S. Food and Drug Administration (FDA) in 1951 and was the first such medication to be approved for treating people with chronic alcohol dependence. If an individual takes this medication and consumes alcohol, they experience an acute reaction. A white/off-white, odorless, nearly tasteless powder, disulfiram is used for treating chronic alcoholism by triggering unpleasant symptoms if an alcoholic beverage is consumed.

Any effects start about 10-30 minutes after one drinks alcohol, and they can last for over an hour. The idea is to discourage an individual from drinking. Taken in tablet form, the medication is not a cure for alcoholism, as there is no cure for addiction. The intense reaction when disulfiram and alcohol are mixed, however, is believed to motivate a person to abstain from alcohol use, according to the National Center for Biotechnology Information.

How Disulfiram Works in the Body

Researchers aren’t sure if the medication reduces the urge to drink or its effects produce results solely through association. Disulfiram works on the enzyme aldehyde dehydrogenase (ADLH), which, along with alcohol dehydrogenase, metabolizes ethanol in the human body, as explained in The Role of Disulfiram in Alcohol Metabolism and the Treatment of Alcoholism. An irreversible inhibitor of ALDH, disulfiram causes serum aldehyde to build up when alcohol is consumed. This blocks oxidation of acetaldehyde byproducts into acetic acid in the liver and brain. Acetaldehyde therefore builds up in the bloodstream and becomes 5-10 times more concentrated than if disulfiram is not administered. Alcohol elimination from the body is not accelerated any faster with the medication.

Once ingested, 80-95 percent of disulfiram is absorbed by the body through the gastrointestinal tract. It is transported to organs and body tissues quickly and metabolized to mixed disulfides. The body excretes any remaining medication, but with disulfiram, it can take two weeks to produce enough unbound enzymes to metabolize any alcohol. The symptoms of a disulfiram-alcohol reaction can therefore take that long to abate after one stops taking the medication.

With disulfiram, the intensity of the reaction varies with each individual, although it’s more or less proportional to how much of the medication and alcohol are used. With blood-alcohol concentrations of 5-10 mg/100 mL, a mild reaction typically occurs.

Disulfiram is usually taken once a day, but using it according to a physician’s or pharmacist’s instructions is essential. Individuals must also follow the directions provided on the prescription label. There can be adverse side effects, which can include mild headaches, skin rashes, acne, drowsiness, and a metallic or garlic-like taste in the mouth. Disulfiram can also cause impotence.

If any of the following symptoms occur, one should call their doctor: 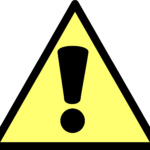 Severe reactions to the medication can include respiratory depression, cardiovascular collapse, arrhythmia and, in people with existing heart issues, myocardial infarction or acute congestive heart failure. In extreme cases, disulfiram can also trigger seizures and death.

A few precautions should also be followed. According to the U.S. National Library of Medicine, the drug should not be taken with anticoagulants such as warfarin. Physicians should also know whether the person taking disulfiram has diabetes; kidney, liver, or thyroid disease; or brain damage. Patients should also tell the physician if they are pregnant or plan to have surgery before they take disulfiram.

Precautions also include dietary restrictions. Aside from wine, beer, or even alcohol-containing cough syrup (which should be avoided 12 hours before the first dose and several weeks after cessation of disulfiram), individuals should avoid all foods that may contain alcohol, including sauces and vinegars.

More Indications on Disulfiram Use

An individual’s response to the drug can be unpredictable. Any medical appointments should therefore be kept. Physicians typically look for signs of adverse reactions and order laboratory tests to check for potentially unseen effects in the body. Here are some other indications for those who are prescribed disulfiram:

There is a potential for hepatotoxicity, or liver injury, when one takes disulfiram. The United States National Library of Medicine (NLM) has found that 25 percent of people on long-term treatment with the drug have mild serum aminotransferase elevations. As much as 4 percent of people on it, however, have elevations over three times the recognized upper normal limit. Liver injury is possible, but the institution estimates acute liver injury occurs in one per 10-30,000 years of treatment with the medication.

Liver injury from disulfiram include chronic inflammation, focal hepatocellular necrosis, and other viral-hepatitis-like effects. The signs of injury can range from elevated blood count levels to physical symptoms like jaundice. In the NLM study, researchers found liver injury can occur within weeks of starting the drug but, if it is stopped early enough, an individual can recover in 4-6 weeks.

The medication was approved by the FDA in 1951 but, according to a 2015 article in the Journal of Mental Health and Human Behavior, German chemist M. Grodzki had reportedly synthesized the compound as early as 1881. It was later found to speed up the rubber vulcanization process. By the 1930s, a connection was made as workers who were exposed to tetraethylthiuram disulfide became sick when they consumed alcohol.

Copenhagen-based researchers used disulfiram in 1947 to treat parasitic stomach infections. These individuals observed their own symptoms after drinking alcohol and concluded that there was a connection. Throughout the late 1940s and early 1950s, studies were conducted to understand the impacts of disulfiram treatment on those with alcohol dependence. The first individual to treat alcohol dependence with the drug was Ruth Fox, MD, in 1949, who treated around 2,500 people. In the process, she learned that reducing dosages and counseling individuals on the effects helped deter them from drinking while limiting some of the harmful effects. Soon after FDA-approval, the manufacturing of Antabuse began.

From the late 1950s on, the emphasis on disulfiram moved from conditioning people to avoid alcohol to supporting abstinence. Disulfiram is now used in lower dosages than in early cases, to reduce the incidence of severe reactions and to control its toxicity. It is now often combined with other methods of support. Other medications used to treat alcohol addiction, according to the National Institutes of Health, include naltrexone to block opioid receptors involved in craving alcohol and triggering the reward system. Acamprosate acts on neurotransmitters involved in withdrawal from alcohol to help reduce symptoms in patients working to abstain from drinking.

Individuals suffering from alcohol addiction often receive a combination of medication and behavioral treatment, as medication is not sufficient treatment on its own. Cognitive Behavioral Therapy (CBT) is used to alter how one acts, feels, and thinks, as well as how one deals with problems in life. Therapy involving CBT typically aims to instill personal control over managing life and in avoiding situations and acquaintances that involve drinking. Other therapies may involve rewards or a point system in which a person’s efforts to remain sober are positively recognized.

The Road to a Healthier Lifestyle 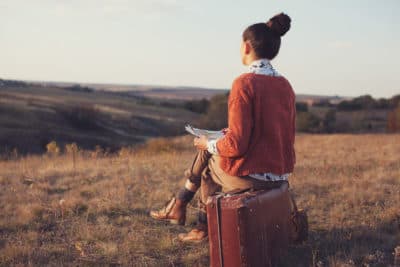 According to the Centers for Disease Control, one in 10 deaths of people from ages 20-64 is caused by excessive alcohol consumption, which can shorten life by around 30 years.

A combination of treatments, including the use of disulfiram, can help a loved one move toward a healthier life of sobriety. The effects of withdrawal factor into motivating one to drink, in addition to the psychoactive properties of the drug. With proper medication, support, and guidance, one can avoid harm to their health, psychology, and work and social life.

Editorial Staff
Editorial Staff, American Addiction Centers
The editorial staff of River Oaks Treatment is comprised of addiction content experts from American Addiction Centers. Our editors and medical reviewers have over a decade of cumulative experience in medical content editing and have reviewed... Read More
You aren't alone. You deserve to get help.
We are here to help you learn how to live without reaching for the next drink. Retreat to the sunny climate of Tampa, Florida for a stay at the gold standard of treatment facilities. We offer customized care plans to help you on your recovery journey.
Start Your Recovery Program Overview
Read More
Related Articles
Ready to get started?
We're available 24/7 to answer questions and help you make decisions about starting recovery from alcoholism.
(813) 551 3608