Why Am I So Hungover? 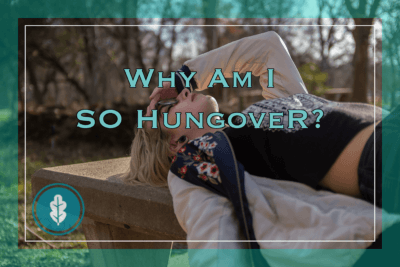 The scientific name for a hangover is veisalgia and is based on the Norwegian word kveis, which describes an uneasy feeling after debauchery. Drinking is not necessarily debaucherous, but people who are drinking often focus on having a good time or at least forgetting their woes. Good times aside, numerous biological events are being set in motion when a person drinks, and the next-day hangover is one of them.

Drinking, and the eventual hangover, is a common enough experience, as these statistics make clear:

As Dr. John Messmer explains in an interview with ABC News, alcohol alone is not the source of hangovers. In addition to alcohol, people consume the chemicals that are created during the fruit and grain fermentation process that makes alcohol. The body reacts to these different chemicals in different ways.
While any number and combination of symptoms may be experienced during a hangover, the most common are:

Of course, the surefire way to avoid a hangover is to avoid drinking in the first place.

According to the Washington Post, almost 33 percent of adult Americans do not drink alcohol. But for those who do, there are many ways to potentially curb the severity of the symptoms by understanding some simple science. For instance, symptoms tend to be more severe when alcohol is rapidly absorbed into the body. Fat typically slows this process whereas carbonation increases it. So, if a person is at a bar, it makes sense to eat some high-fat nuts rather than adding seltzer or soda to a drink. Natural hangover remedies and evidence-based ways to prevent a hangover abound and may be worth trying as needed.

At present, researchers are not certain why hangovers happen. A constellation of factors contributes to a hangover. Theories have been raised, some discredited while others continue to be accepted. The most promising theories relate to how the body breaks down alcohol and what is in alcohol in the first place, and these theories are not mutually exclusive.

Explains Smithsonian Magazine, one of the most widely accepted theories relates to acetaldehyde toxicity. After consuming a drink, the liver is charged with the task of breaking down the alcohol. The liver converts the alcohol to acetaldehyde. Research shows that acetaldehyde is 10-30 times more toxic than alcohol. The presence of acetaldehyde causes side effects like nausea, vomiting, skin flushing, and sweating. So, to be more accurate, people may drink alcohol but when they are experiencing a hangover, they are reacting in part to acetaldehyde.

According to a Dutch study, the following alcoholic beverages have the highest number of congeners:

The congener theory can help to explain different facets of the hangover experience.

For instance, some people still have hangover symptoms even after their body has seemingly metabolized all the alcohol they consumed. There are different types of congeners, and they spend different amounts of time in the body. Methanol is a type of congener that is found in whisky and red wine. Research shows that methanol can remain in the body longer than alcohol and trigger hangover symptoms.

It is well noted in the drinking world that it is not a good idea to mix certain alcohols in the same sitting. Congeners help to explain the science underlying this drinking tip. Since there are different congeners in different alcoholic drinks, there are different associated symptoms. When people mix their drink types, they are essentially mixing their congeners and creating a new cocktail – a bio-chemical one. These scientific insights are easily converted into practical advice. To avoid a congener-driven hangover (and again, congeners are only one player in the hangover process), choose lighter colored drinks and do not combine different types of alcohol.

Cytokines also potentially play a role in a hangover. Alcohol consumption causes an increase in the number of cytokines in the body. Typically, the body releases cytokines to fight infections. Side effects include fatigue, muscle aches, memory loss, irritation, and headache. These symptoms are like those of a hangover. This link requires further exploration and, in addition to other research, may help scientists to create hangover-free alcohol or a cure for the common hangover.

It is critical to bear in mind that there is a general advisement against drinking alcohol while on prescription medications, including opioids (pain relievers such as oxycodone and hydrocodone). A brief talk with a pharmacist can help a person to understand any drug interaction risks. There is always a serious advisement against taking alcohol in combination with illicit drugs, including prescription drugs of abuse. After combining alcohol and a street or prescription drug, individuals may believe they are experiencing hangover symptoms when in fact they are in a more dangerous situation, even a potentially life-threatening one: overdose.

This section has focused exclusively on alcohol itself and how it turns into different bio-chemicals. Now it is important to consider the host body and look at factors like genetics, age, and gender. 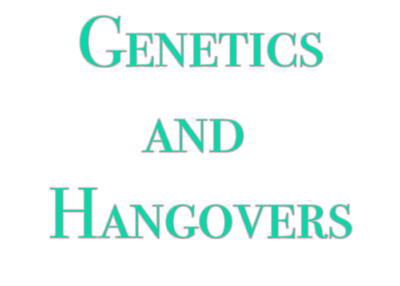 A person’s physiology plays a key role in the severity of hangover symptoms they experience.

Human alcohol tolerance is determined, in part, by DNA. One of a gene’s jobs is to provide instructions for the body to create enzymes, such as those needed to efficiently break down alcohol. Some individuals have a genetic variation that prevents the development of the enzyme that helps to convert alcohol into acetaldehyde. Further still, some people have a gene variation that slows conversion of acetaldehyde to acetic acid. In either or both events, the acetaldehyde precipitously rises and can cause severe symptoms.

Speaking generally, females are more likely to experience hangovers compared to males. According to Wendy Slutske, associate professor of psychology at the University of Missouri-Columbia, the reasons owe to differences in average body weight between females and males. Research has not determined, so far, whether females experience more severe symptoms compared to males. Slutske notes that when comparing the type of hangover symptoms between women and men, women tend to be more likely to experience excessive sweating and vomiting.

When it comes to hangovers, age is a relevant consideration. South Korean scientist Young Chul Kim has been studying the effects of alcohol on aging rats. According to Kim, diminished liver functioning due to age is a factor. With age, the liver becomes less adept at converting alcohol to acetaldehyde. More specifically, the antioxidant glutathione helps with the conversion, and its abilities decrease with age. Hence, an older liver can increase alcohol toxicity levels, making for unpleasant side effects and creating a disincentive to drink alcohol. Further, an older person may be taking prescription medications that interfere with the liver’s ability to promptly metabolize alcohol. Lastly, older individuals may not have the same level of tolerance for hangover symptoms as when they were younger.

Symptoms of an Alcohol Use Disorder

The Diagnostic and Statistical Manual of Mental Disorders (DSM), currently in its fifth edition, is the number one diagnostic text available to mental health practitioners. Individuals who are concerned that recreational drinking may be progressing to an alcohol use disorder can benefit from information in this book.

In specific, the DSM-5 sets forth 11 diagnostic criteria of an alcohol use disorder, which must be experienced in the same 12-month period, paraphrased here:

The more symptoms a person has in a 12-month period, the more severe the alcohol use disorder. It is important to understand that a person can seek professional help at any stage of an alcohol use disorder. For instance, if the disorder is mild (2-3 symptoms), professional help can prevent it from progressing to moderate or severe. If the disorder is moderate or severe, it is most advisable to seek treatment.

The more symptoms that are present, the more intense treatment may need to be. An alcohol use disorder is always treatable.

Treatment for an Alcohol Use Disorder 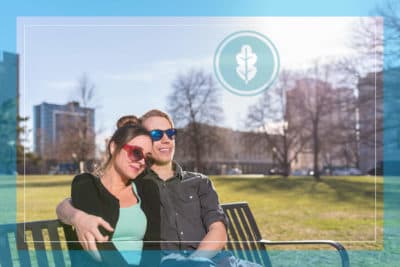 As the symptoms of an alcohol use disorder reflect, there is a biology reality to addiction and treatment is recommended. Part of the biological reality is that withdrawal symptoms can set in as soon as 6-12 hours after a person’s last drink. A medically supervised detox can ensure safety in the process, serve as a defense against relapse, and reduce the severity of symptoms.

After detox at a rehab center, hospital, or detox facility, the recovering person transitions to a rehabilitation program at an inpatient or outpatient program. If any medications are part of the recovery process (for the alcohol addiction and/or any co-occurring mental health disorders), the attending addiction doctor will continue to prescribe them, as needed, during the length or the program (typically 30, 60, or 90 days).

The rehabilitation phase of treatment includes different support services, such as:

After completion of a structured rehab program, the recovering person moves on to the largely self-directed aftercare phase. There are many actions one can take to support sobriety, such as:

A hangover may seem like a necessarily evil to be endured after a night of fun, but ongoing hangovers can be a sign of a serious problem.