10 Dead of Drug Overdose in One Day in South Florida

In Palm Beach County, in a single day this month, 10 people lost their lives to drug overdose. Last summer, the same thing happened in Broward County. According to the medical examiner’s office, this is a huge spike over the already high average of drug overdose deaths that pervades South Florida.

Dr. Craig Mallak is the chief medical examiner for Broward County. He says: “At first we thought five a day was a lot. Then it went to six, seven. Then we had 10.”

Why the huge spike in overdose deaths? In many cases, groups of deaths in a period of days is due to a “bad” batch of an illicit substance, usually heroin that is heavily laced with a potent opiate like fentanyl or carfentanil. Users have no way of knowing the potency before they take the drug, and by then, it’s too late. Fentanyl can be deadly in very small amounts, so it only takes a little bit of laced heroin in a single dose to overdose. 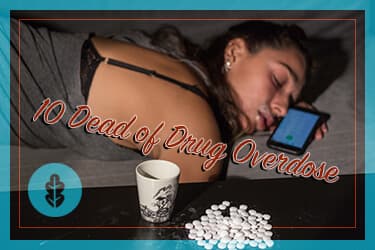 Back in 2010, it was normal to see an average of seven people a day dying in southern Florida due to the use of opiate drugs, specifically painkillers that were handed out freely by pain clinics, making them readily accessible to all comers. This has always been considered the dramatic crisis point of the current opiate epidemic, as the FBI and government officials cracked down to limit access to these medications. Then, the focus of the epidemic turned from painkillers to the more readily available heroin, and overdose deaths continued though not at the same high rate.

Now, it appears that we are seeing those high numbers again – in fact, even higher than in 2010, and they are expected to climb even higher. They may be as high as a dozen per day when the numbers for 2016 are done being calculated.

In Palm Beach County alone, between January and November of last year, 669 drug overdose deaths were recorded, 525 of which were caused by use of opiate drugs. Even without the overdose count for December, this is already double the number of drug overdose deaths noted in the county in 2015 at 331 total.

No One Is Immune to Heroin Overdose

Stories pour in everyday that demonstrate that use of heroin is no longer something relegated to dark alleys. Upper-middle-class kids in gated communities, middle-class people in the suburbs, and lower-income families alike are struggling under the weight of heroin addiction.

For many, the problem started with painkiller use and abuse – taking pills as prescribed for a long period of time, using leftover pills without a prescription, or otherwise abusing medications that are so commonly stored in bathroom cabinets to get high or manage stress. When it became harder to get these pills, many found it easier to buy heroin to stave off withdrawal symptoms, and since the drug is so potent, many do not even inject the drug to get high, choosing instead to smoke it.

No matter how it is ingested, however, any use of heroin alone or in combination with other substances can be deadly.

Naloxone, a medication that can reverse the effects of an opiate overdose if it is administered in time, is being used more both across southern Florida and throughout the entire state. Already a staple in the kits of emergency medical providers, it is now being used by many police departments, fire departments, and other professionals, and Medicaid has put naloxone on its preferred drug list. Families can also access the drug without a prescription in order to have it on hand in the event that the worst happens.

However, naloxone is not a panacea for opiate addiction. If no one is there to catch the overdose in time and administer the drug, it can’t work. Treatment that facilitates immediate and sustained abstinence is the only way to proactively fend off overdose, and even then, ongoing connection with treatment services and support is critical.

Waiting is not an option. If a family member or someone you care about is struggling with opiate addiction, stage an intervention and get them into treatment immediately. The sooner they begin the detox process, the sooner healing can begin.