Should Florida Have a Mandatory Minimum Sentence for Selling Opioids on the Black Market?

Across the country, the trend has been to decriminalize drug use and abuse, providing access to treatment over jail time for those whose actions are clearly motivated by an ongoing struggle with an addiction disorder. But when it comes to drug trafficking, the penalties have remained stiff and only adjusted in terms of amounts of the drug seized in the bust, number of prior charges against the person, and the type of the drug in question. Though penalties are still firm, mandatory minimums requiring judges to issue sentencing without taking into account the individual’s circumstances have largely been removed.

However, given the skyrocketing rates of opiate overdose deaths across the country, many states are considering putting stiff mandatory sentences for those who are found guilty trafficking opiate drugs of any kind into place. Florida legislators are among those who are considering how best to handle the option.

What do you think? Do you think hefty mandatory minimum sentencing will help to stem the flow of opiate drugs in the United States? Do you think it will have a positive impact on the rates of drug overdose deaths caused by opiate use and abuse? 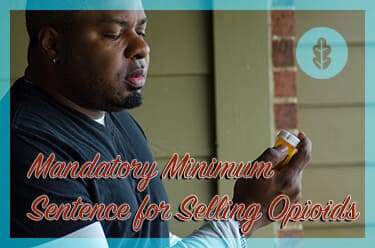 The Threat of Fentanyl

The fact is that fentanyl specifically is responsible for many of the shockingly high rates of overdose deaths in the US. Heroin that has been laced with the drug in an effort to cheaply increase potency has had the effect of killing many users when they do not know or do not care that their heroin contains the substance. Florida officials are taking the problem seriously and attempting to figure out the best practices that will:

However, the Florida Senate had a lengthy debate that acknowledged that mandatory minimum sentencing for drug-related crimes was not only hugely expensive but ineffective in managing the drug problem that was then focused on crack cocaine. They determined via a voice vote that there was no reason to believe that mandatory minimum sentencing would be effective in stemming the flow of fentanyl into Florida and instead opted to give judges more leeway in sentencing in cases of drug trafficking that involved fentanyl.

Though some feel that mandatory minimum sentencing is a harsh penalty for a devastating problem and a necessary way to combat the raging opiate epidemic, others point out that it can lead to putting young people who are struggling with addiction into the prison system, destroy families, and cause an ongoing cycle of drug addiction in communities that need healing rather than punishment.

It is a compromise that allows for severe punishment in the cases where it is clear that the individual is beyond the reach of rehabilitation, but it also allows for lesser sentencing in cases where someone may benefit from treatment and could begin the process of recovery that can help them be a benefit to their community.

What do you think? Should mandatory minimum sentencing be implemented across the board, should it be abolished completely, or did the Florida Senate find a good middle ground to address the problem?