Is Codeine an Opioid? 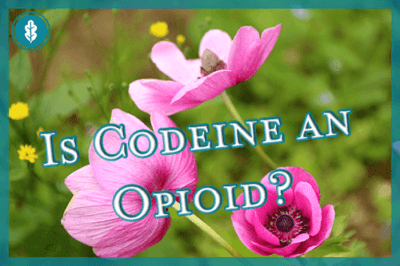 The drug codeine, which is used in prescription cough medications, is an opioid. Though it is considered less potent than oxycodone or hydrocodone, it has contributed to the opioid addiction epidemic in the United States and around the world. Like other opioids, codeine binds to receptors in the brain that are involved in pain perception as well as breathing. While more potent opioids, like oxycodone, are intended to treat pain, codeine is intended to treat severe coughing, and suppressing breathing is one way to manage cough from more serious diseases.

The medication was once available over the counter in the US, which led to an explosion of abuse and addiction in the 1990s, largely due to the popularity of lean, purple drank, Sizzurp, and similar concoctions involving codeine cough syrup, soda or alcohol, and even hard candy.

Now that the Drug Enforcement Administration (DEA) regulates codeine under the Controlled Substances Act (CSA), a painkilling dose of codeine is considered Schedule II. This means that the opioid drug has an important medical use, but it can lead to substance abuse, too. Lower doses of the drug in different medications may be Schedule III, IV, or even V – hardly regulated and easy to access with a prescription.

Even when taken as prescribed, codeine can cause side effects; however, these are more likely to become intense or serious in people who abuse codeine.

Common side effects include:

Because codeine is an opioid, it is possible to overdose on it. If any of these occur in a person, it is important to call 911. A person who is overdosing needs immediate medical attention to survive.

Signs of a codeine overdose include:

A person who abuses codeine is more likely to experience withdrawal symptoms if they stop taking the drug.

A person who takes codeine may develop tolerance to the drug, and experience withdrawal symptoms and side effects even when taking the medication as prescribed. Again, these experiences are more likely to occur in those who abuse codeine, especially at high doses.

Other signs of codeine addiction include behavioral changes like:

opiateprescription
Ready to get started?
We're available 24/7 to answer questions and help you make decisions about starting recovery.
Get Help & ResourcesLearn aboutaddiction recovery at River Oaks.