Cyclobenzaprine, known by the brand names Flexeril and Amrix, is a muscle relaxant that is primarily used to relieve pain and muscles spasms associated with musculoskeletal disorders and conditions. Very often these issues have to do with back pain. Cyclobenzaprine also has off-label uses for the treatment of tension and migraine headaches, insomnia, and tinnitus (ringing in the ears). Cyclobenzaprine is typically used in conjunction with physical therapy and not intended to be a long-term treatment option. Cyclobenzaprine is not effective for treating muscle spasms associated with central nervous system conditions, such as a brain or spinal cord injury or multiple sclerosis.

Cyclobenzaprine is not considered to be effective for periods longer than 2-3 weeks and typically the medication is discontinued well before that time period.

The Addictive Potential of Cyclobenzaprine 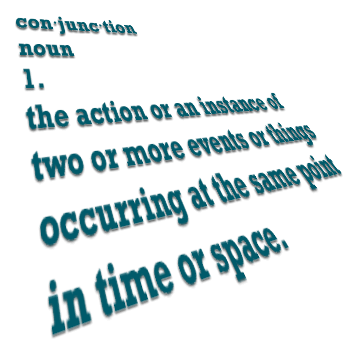 Cyclobenzaprine is chemically very similar to the family of drugs known as tricyclic antidepressants. Its primary action occurs in the brain stem and at the spinal cord, and it is believed to be involved in the release of the neurotransmitter norepinephrine.

Most of the information regarding cyclobenzaprine abuse indicates that it is abused in conjunction with other drugs to enhance their effects, such as alcohol, benzodiazepines, narcotic pain medications, etc. This practice can create a potentially dangerous situation that may leave individuals open for overdosing on these types of drugs.

Even though cyclobenzaprine does not appear to produce serious physical dependence, there is a potential for the drug to produce sedation and enhance the effects of other drugs. In addition, other mild sedatives, such as Soma, have been classified by the Drug Enforcement Administration as controlled substances, and cyclobenzaprine and Flexeril abuse has increased following these actions. For example, the Substance Abuse and Mental Health Services Administration reported that there was an increase of nearly 90 percent in the number of emergency department visits in the United States between the years 2004 to 2011 due to the abuse drugs that also involved using Flexeril.

If someone is suspected of abusing cyclobenzaprine, there are some general signs and symptoms that one can look out for:

Treatment for any substance use disorder should be very comprehensive. This is particularly important when there is a potential for an individual to have issues with multiple drugs of abuse at the same time (polydrug abuse). Individuals who are suspected of abusing cyclobenzaprine should be thoroughly assessed by an experienced, licensed, mental health worker for the presence of co-occurring substance abuse and other psychological disorders. The course of treatment will be dependent on any co-occurring or comorbid issues involved. In general, treatment should include:

If you or someone you love is struggling with addiction and are ready to start discussing treatment options, call us today at . There, a compassionate treatment navigator can help you create a plan to attend treatment at one of our rehab facilities across the United States. River Oaks, American Addiction Centers’ Tampa drug rehab program, may be a good fit for you. Call us today to find out more.