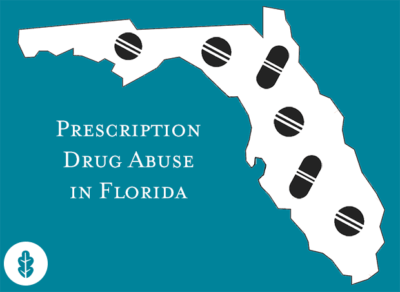 The United States has struggled with prescription drug abuse in various forms for decades. The most recent epidemic predominantly involves prescription narcotic painkillers, which are chemically similar to heroin. Since the early 2000s, these drugs have been widely prescribed to treat moderate to severe pain, in many cases with the intention that the individual would heal and stop taking them.

Unfortunately, greater access to opioid painkillers has led many Floridians to develop addictions to these drugs. With tighter restrictions on the prescription, diversion, and sale of opioid drugs, many of these individuals have turned to heroin rather than struggle to get oxycodone or hydrocodone drugs. Many people in Florida also struggle with addiction to other types of prescription substances, including benzodiazepines and stimulants.

Although the southern state’s Prescription Drug Monitoring Program (PDMP) and strict laws against pill mills have helped slow the increase in prescription drug addiction, there are still many people who suffer form this condition in Florida.

A report from National Public Radio (NPR) in 2011 stated that, at the time, Florida was the center of the US’s prescription drug abuse epidemic with opioids surfacing as the leading problem. In fact, areas of the state with severe opioid addiction and overdose problems were referred pejoratively to as “The Oxy Express,” largely due to the startling rise of pain management clinics that were essentially barely legal drug distribution fronts.

Since these reports surfaced, Florida has taken many steps to improve its prescription drug abuse problems. In March 2018, Governor Rick Scott signed the latest piece of legislation aimed at preventing people with prescription painkillers from developing an addiction to these substances with the help of pharmacists and physicians.

Unfortunately, the Sunshine State still battles prescription drug abuse and death. The Centers for Disease Control and Prevention (CDC) reports that, between 2015 and 2016, Florida was one of the states with a significant increase in drug overdose deaths. From the previous year’s stats, the state experienced a 46.3 percent increase, which was overshadowed only by Maryland’s increase of 58.9 percent. However, in the 2014-2015 measurements, Florida also saw a statistically significant increase with 22.7 percent more drug overdose deaths. In 2016, there were about 4,728 overdose deaths in the southern state; in 2015, there were 3,228 deaths; and in 2014, there were 2,634 deaths.

According to the Florida Department of Law Enforcement’s Medical Examiners Commission report for 2016, opioids and benzodiazepines were the two prescription drugs most commonly found in overdose deaths. Prescription versions of amphetamine and methamphetamine were not separated in the autopsy reports, and the only other prescription drug that caused deadly harm was zolpidem, the active medication in Ambien.

Florida’s long-running problem with opioid drugs stemmed from pill mills or unregulated pain management clinics, which prescribed huge amounts of opioid drugs and also often prescribed benzodiazepines alongside these medications. The Drug Enforcement Administration (DEA) reported that, in 2010, there were over 900 of these clinics across the state, employing 90 out of the top 100 oxycodone-dispensing physicians in the US. Since 2012, Florida has dramatically tightened laws around these clinics and implemented the PDMP to reduce the number of abused or diverted prescriptions. However, as displayed in the overdose data, prescription narcotics are still very widely abused across the Sunshine State.

localprescriptionstatistics
Your Next StepsWe're open across the US. Let's talk options.