The club culture in Florida is vibrant and active. For every musical taste and interest, one can find hundreds of clubs to choose from across the state, especially in metropolitan areas such as Tampa-St. Petersburg, Miami, Orlando, and others. For the most part, people who patronize these clubs are hoping to have a couple drinks with friends, enjoy the music, meet new people, and have a good time.

For other people, however, going to clubs, staying out all night, and spending large amounts of money on drugs and alcohol define their lives and are the basis for ongoing addiction behaviors. The club culture is a driving force in the drug culture that permeates Florida. For many who realize that they have a problem that requires treatment, recovery not only means the safe cessation of all drug use and learning how to avoid relapse, but it also means:

If you find that the club culture and drug use are starting to take over your life, there is hope through treatment. Comprehensive therapy and treatment coupled with long-term support in recovery can help you to leave behind habits that may have been underlying addiction.

Depending on the type of club and region, different substances of abuse are more or less prevalent. In all clubs that include a bar, drinks flow freely, but people may bring in marijuana, ecstasy, or other types of drugs designed to enhance the experience of the music, if electronic music, jazz, or another kind of experiential music is the focus of the club theme. Additionally, because Florida has so much open coastline providing easy access to South American drug smugglers, high amounts of cocaine, heroin, and other drugs are available to club-goers across the state.

In many clubs, because of the many different substances available, polydrug use is the primary problem, and it is often the combination of substances that creates a fatal medical response. In addition to alcohol and drugs like cocaine and heroin that are commonly found across Florida, club drugs that are often combined include:

One of the most common drugs of abuse among club-goers that triggers medical emergency, overdose, accidents under the influence, and sudden death is Molly, a version of the club drug ecstasy. Touted as a “pure” form of the drug, many believe that Molly is inherently safe, a natural substance that triggers warm feelings of connection with others and nothing more. The fact is, however, that only about 13 percent of the Molly seized in drug busts in New York contain any ecstasy at all. Even when ecstasy is present, the majority of the drug is a combination of synthetic chemicals, including:

These drugs can trigger extreme medical emergency, including sudden death. The dose of these chemicals that can create a happy “high” and the dose that can create extreme psychosis, seizures, and/or prolonged panic attacks followed by intense depression is tough to measure.

In clubs where the focus is sex or swinging, the use of stimulant drugs, often called “poppers,” is common as well. Said to enhance the sexual experience and allowing users to stay up and party longer, these drugs come with huge risks of acute medical emergency, such as cardiac arrest and other heart-related issues. Especially popular in sex clubs catering to gay men, these drugs can also contribute to higher rates of unprotected sex and the transmission of HIV/AIDS and hepatitis C.

There are other aspects of club life in Florida that are often informed by ongoing scandal and crime. Recently, a couple of men involved in a drug ring in Florida that provided many club-goers with their substances of choice were taken down by police, the story so rife with scandal that many hardened journalists described it as one that was made for a movie or crime novel. A number of gangs have a large presence across Florida as well, running drugs across the state and across the country. Motorcycle gangs, specifically, have been highlighted as ongoing threats across the state, responsible from transporting drugs to and from Florida in large quantities. 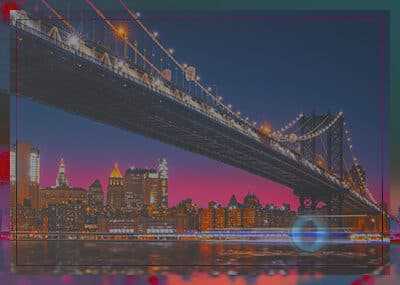 One of the biggest threats of drug use in club culture is the notion that potentially deadly substances can be safely used for experimentation, relaxation, and the enhancement of recreational activities. The fact is that use of any of these substances is far from safe. There is no oversight when it comes to their production, distribution, sale, or use, and every single dose has the potential to be a deadly cocktail that can trigger overdose in the user, especially when used in combination with other substances.

Additionally, when surrounded by people who are similarly drunk and/or high, in a dark and loud environment, medical emergency can be overlooked by other club-goers, and those who might have been saved by medical intervention are not found until it is too late.

Join the Recovery Community
We are here to help you get sober and learn how to stay that way. Let us help you get started with the rest of your life! Retreat to the sunny climate near Tampa, Florida for a stay at the gold standard of treatment facilities. At River Oaks, we offer customized care plans to help you on your recovery journey at our beautiful Hillsborough County campus.
About The Contributor

local
Prefer getting help via text?
We're available 24/7 via text message. Signup below for access to our team when its convenient for you!
and many more...
✕
Instantly Check Your Insurance Coverage
Your information is safe & secure
At River Oaks, we accept most types of private (non-government) insurance and offer a variety of payment options.
You can quickly and privately check your insurance benefits to see if you're covered for addiction treatment services. We’ll be able to tell you if your provider is in network with River Oaks Treatment Center and all American Addiction Centers locations.
This means your treatment may be FREE1 depending on your policy, copay, and deductible.
Ready for Recovery?See what brings people to River Oaks for help with addiction.