A Guide to Addiction in Rural Florida 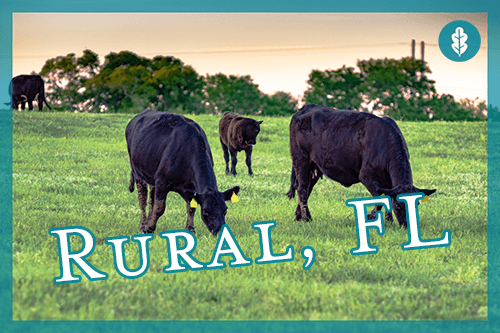 Rural counties dot the state of Florida and often include a different population demographic than urban counties do. For instance, the Rural Health Information Hub (RHI hub) publishes that rural counties are often plagued with high unemployment and poverty rates, and low levels of education. These factors, combined with isolation, can contribute to high-risk behaviors, including drug and alcohol abuse. Residents in rural counties are often less likely to be insured as well, and residents may then be less likely to seek medical or mental health services.

Rural counties are often considered Health Professional Shortage Areas (HPSAs), meaning that there are not enough medical and specialty providers in close enough proximity to residents. Rural Florida residents may have to travel out of the county they reside in to obtain services. The Rural Health Plan Update, February 2009 reports that substance abuse treatment needs were ranked as the third highest unmet need among consumers.

Drugs are not only an issue within inner cities; they are prevalent in rural areas as well. Addiction treatment can improve communities, families, and individuals’ overall quality of life and wellbeing. Fortunately, there are options for residents of rural Florida to find and obtain treatment for drug abuse and addiction.

Alcohol and cigarette use are common in rural communities. In rural DeSoto County, drug and alcohol abuse, smoking, and obesity were the top three issues that were considered the most concerning, per the Community Health Assessment, DeSoto County 2016. Past-month drug, alcohol, and cigarette use was higher among students in DeSoto County than statewide averages. In DeSoto County, 26.8 percent of students reported past-month alcohol use as compared to a Florida state average of 20.6 percent. Statewide, 4.9 percent of students smoked while 5.7 percent of DeSoto students did, and 14.3 percent of students in DeSota used marijuana versus a state average of 12.4 percent.
In Walton County, another rural Florida community, alcohol is the number one abused substance by both adults and adolescents. Per the Walton County, Florida Community Health Needs Assessment 2016, 50.3 percent of teens admit to drinking at least once in their lifetime compared to 48.5 percent of Florida teenagers overall. Underage drinking can lead to many other potentially hazardous and risky behaviors as well, and it is considered a contributing factor to the high teen pregnancy rate in the county, which is higher than the state average.
In rural Hendry County, between 2012 and 2014, around three times as many people died from an alcohol-related motor vehicle crash than statewide averages indicate for the same time period, the Hendry County, Florida Community Health Assessment 2016 reports. During that three-year period, an average of 12.2 per every 100,000 population died in Hendry County from an alcohol-related car crash compared to a state average of 4.3 per 100,000 population.

Rural communities in Florida are often agricultural, which may contribute to illicit drug cultivation and manufacturing. Methamphetamine production and abuse are often associated with rural communities. The wide-open spaces and lack of nearby neighbors may allow for the presence of more clandestine laboratories and illegal activities.

Just like in other parts of the state, opioid drug abuse is an issue in rural Florida.

Controlled prescription opioids were widely dispensed through “pill mills” throughout Florida, and shady doctors contributed to the opioid abuse epidemic that the country is facing today. As pill mills were shut down due to increased law enforcement efforts, and drugs like OxyContin (oxycodone) were reformulated and became less easily accessible for recreational use, other opioids started rising up. For example, Opana (oxymorphone) abuse increased after OxyContin was reformulated and became especially prevalent in rural communities. Additionally, Reuters reports that residents of rural communities are twice as likely to overdose on prescription pills than urban residents.

Heroin and fentanyl abuse is up in Florida as well. The Guardian publishes that there was a spike in overdose deaths related to the two potent opioids between 2014 and 2015. Heroin is often a cheap alternative to controlled prescription opioids while fentanyl, which is around 50 times more potent than heroin and thus deadly in much smaller amounts, can be synthesized in illicit laboratories. Fentanyl may be used to “cut” and “stretch” heroin to make the product go further. It is also pressed into fake prescription pill resembling Xanax (alprazolam), sometimes called “death pills.” People buying these products may be unaware of what they are getting; thus, they run a high risk of suffering from a life-threatening overdose. 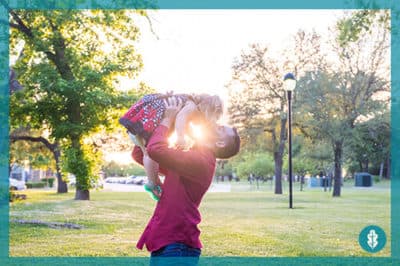 In Florida, public substance abuse treatment is provided by local community-based providers that are contracted through one of seven Managing Entities (MEs) that are in turn contracted through the Florida Department of Children and Families (DCF). Within DCF, the Substance Abuse and Mental Health (SAMH) is the single state authority on behavioral health treatment, and it oversees public addiction treatment programs. Treatment for addiction is localized and depends on where a person lives.

A public program often receives money in the form of federal, state, or local government grants and other funding to cover the costs of services. Public programs that receive funding from these sources in Florida must be licensed by the state. DCF-provided services may include detox, crisis management and stabilization, case management, assessment, counseling, inpatient treatment, outpatient services, life skills training, peer-based group and individual counseling, parenting classes, transitional services, and recovery support.

Public services are provided to all residents regardless of their financial situation or ability to pay for services. Services are offered on a “sliding scale,” depending on a person’s financial circumstances. Treatment providers may accept Medicaid, Medicare, or private insurance to help pay for services as well.

To find a treatment provider in rural Florida, individuals can use their regional ME to locate a nearby provider.

Managing Entities and the rural counties they serve in Florida are as follows:

Florida also has many anti-drug, education, advocacy, and prevention coalitions that serve local communities. For example, the Florida Alcohol & Drug Abuse Association (FADAA) is a nonprofit organization helping communities around the state of Florida. A comprehensive listing of Florida community-based drug abuse prevention and community advocacy coalitions can be found.

Barriers to Treatment in Rural Areas in Florida 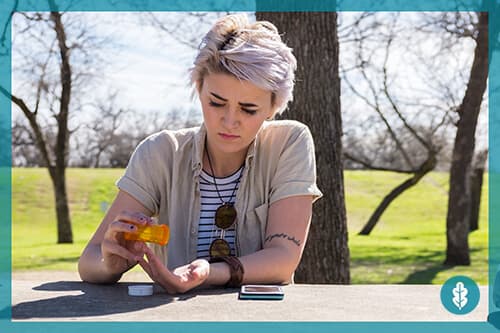 Residents of rural counties in Florida often have lower incomes than those in suburban and urban counties, and many fall below the poverty line. Unemployment, manual labor, and low-paying jobs are common. Residents often do not complete high school. This coupled with the fact that there may not seem like much to do in a rural community can contribute to drug abuse. Boredom, stress, and lack of education are all risk factors for drug use.

Addiction is a treatable disease, but specialty services may be farther away and tougher to access in a rural community. Residents of rural communities may not have health insurance and are often isolated. In addition, drug abuse prevention, education, treatment, and recovery options may not be as numerous in a rural community as they are in more urban ones. Small communities where everyone knows everyone else may also make a person less likely to see, out treatment due to associated stigmas and privacy concerns.

Emergency services are often more spread out in rural communities, which can make a drug overdose even more potentially dangerous. Per the Florida Department of Law Enforcement Medical Examiners Commission 2015 Annual Report, close to 10,000 Floridians died with at least one drug in their system in 2015. There were over 2,500 reported fatalities caused by opioid drugs in Florida in 2015.

Recovery services and peer-support groups like Alcoholics Anonymous (AA) and Narcotics Anonymous (NA) host meetings all over the state of Florida to sustain and manage recovery while minimizing relapse. Developing healthy habits, such as eating balanced and nutritious meals, getting enough sleep, and exercising regularly, can enhance sobriety. Creative outlets, such as photography, art, dance, or music, can provide healthy drug-free ways to spend time.

Reducing stress and learning how to manage potential triggers and stressors can go a long way toward minimizing relapse and living a more balanced life. Holistic measures like yoga and mindfulness meditation can be beneficial as well. Keeping busy, occupying the mind, and not being afraid to reach out and ask for help when it is needed can go a long way toward managing recovery.

No matter where someone lives, addiction treatment programs can help them to overcome addiction and embrace a healthier life. While those who live in rural Florida may have to travel farther to get treatment, there are options available. If addiction treatment facilities are not local, an inpatient stay may be the best choice.