A Guide to Rehab in Miami, Florida

Situated at the southeastern tip of Florida in the state’s most populous county of Miami-Dade, the city of Miami is a vibrant hub of culture and glamour. As an international city with an extremely diverse population, there are a lot of healthcare and behavioral health treatment options within the densely populated city and county.

In general, Floridians suffer from substance use and abuse at rates that are close to national averages. The Behavioral Health Barometer: Florida, 2015 reports that for 2012-2013, approximately 6 percent of Florida residents battled alcohol use or dependence while 6.5 percent of the general US population did; 2.4 percent of Floridians struggled with illicit drug abuse or dependence compared to a 2.6 percent national average.

Rates of past-year serious mental illness (SMI) were also similar to the general American population. Between 2013 and 2014, approximately 3.7 percent of Florida residents reported past-year SMI while 4.2 percent of Americans overall did.

Overall, Miami-Dade County residents tend to report their mental health state as positive though. Substance abuse, addiction, and mental health treatment programs are managed through private and public providers in Miami, which are often classified as behavioral health services.

Landscape of Drug Abuse in Miami

The Annual Drug Trends Report: May 2015 publishes information regarding drug abuse and treatment admissions for Miami-Dade County based on the primary drug abused. This information can then be used to determine which drugs might be abused most often.

Prescription drug abuse, especially abuse of benzodiazepines and opioid painkillers, has been a major issue in Florida and Miami for many years. With the crackdown on “pill mills” and the reformulation of OxyContin (oxycodone) in the past decade, prescription drug diversion and abuse in the region have dropped off some; however, it is still considered to be a cause for concern in the area.

Heroin deaths jumped 167 percent in Miami-Dade County from 2011 to 2013. Heroin is often a natural progression from prescription opioid abuse. People struggling with addiction to prescription opioids may turn to the cheaper and easier-to-find alternative once prescription pain relievers become harder to get.

In 2014, there were 6,306 hospital admissions in Miami-Dade County with the following drug (and its percentage of admissions) cited as the primary substance of abuse:

Cocaine abuse in Southern Florida is higher than anywhere else in the nation and constitutes a major drug threat in the region, the National Institute on Drug Abuse (NIDA) reports. As a port city on the southern tip of the United States, drug disturbers from South and Central America regularly use Miami to bring their product into the country, flooding the local streets with drugs. The Miami New Times warns that both cocaine and heroin-related overdose deaths were higher in Florida in 2017 than they had been in 15 years. In 2016, approximately 439 people died from a cocaine overdose while 139 suffered a fatal heroin overdose in Miami-Dade County.

Overdose deaths in Florida are increasing at an alarming pace.

The Centers for Disease Control and Prevention (CDC) publishes that they spiked nearly a quarter from 2014 to 2015. Between 2015 and 2016, heroin overdose fatalities alone rose 30 percent in Florida, 13 percent of which occurred in Miami-Dade County, the Miami New Times further reports.

Florida does have a Good Samaritan law in place to encourage people to report overdoses, helping to protect them from any personal drug-related criminal charges. The opioid overdose antidote Narcan (naloxone) is also available to anyone in Florida without a prescription and can be picked up at a local pharmacy. 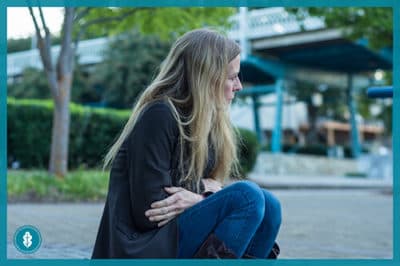 Vaporizing using “vape pens” or e-cigarettes is a common way that drugs like methamphetamine and other stimulants, such as synthetic cathinones like alpha-PVP or flakka, and marijuana are abused in Miami-Dade County, the Annual Drug Trends Report: May 2015 publishes. Marijuana is a top drug of abuse in the area as it is in the rest of the US.

Injection drug use is also very common, particularly when opioids are involved. A survey of heroin treatment clients found that more than three-quarters of them reported injecting the drug while one-quarter of those struggling with opioid abuse did as well.

Injection drug abuse carries even greater risks than other methods, as it can raise the odds for a fatal overdose and increase a person’s vulnerability to contracting an infectious disease, such as hepatitis or HIV/AIDS.

In Florida, and therefore in Miami as well, substance abuse and mental health treatment services are overseen by the single state authority, which is the Substance Abuse and Mental Health (SAMH) Program housed under the Florida Department of Children and Families (DCF) within the Florida Department of Health (DOH). Public behavioral health treatment services are handled through a regional system of care that contracts out care through one of seven different Managing Entities.

For the Miami area, the managing entity is the South Florida Behavioral Health Network, Inc. (SFBHN), which provides acute care through the following providers:

SFBHN keeps real-time tracking data called acute care services utilization(ACSU) that residents can use to find out how many beds are available in these receiving and treatment centers when looking for addiction, mental health, or detox treatment services. This is a great feature as public treatment services, which are open to anyone even if they don’t have health insurance and can’t afford it, often fill up fast and have waiting lists. This way, a person can tell right away if there is space available or not. The Dade County Health Department in Miami can provide information and resources on local care as well.

Private behavioral health treatment providers in Miami must enter into an agreement, or a “memorandum of understanding,” and keep up with all licensing requirements and regulations managed by the SAMH Program. The DCF keeps a list of licensed substance abuse providers for locals to use to find treatment services. The Behavioral Health Treatment Services Locator hosted by the Substance Abuse and Mental Health Services Administration (SAMHSA) can be a great resource to find specialized services as well. A list of certified recovery residences is also provided by the Florida DCF to help residents find a transitional living environment or arrangement that can be beneficial after completing a residential treatment program.

There are two laws in Florida that residents can use to ensure a loved one gets help for addiction or mental health concerns even if they don’t think they need it or refuse to seek treatment on their own. The Marchmann Actand the Baker Act both allow for involuntary commitment for treatment when needed. There are also several specialty courts in Florida, such as the Miami-Dade County Drug Court, that help to ensure that people get into treatment programs as opposed to incarcerating them for nonviolent offenses when mental health or addiction concerns are present.

Community-based addiction and mental health services are often provided and offered by local coalitions and nonprofit organizations. These entities may host educational and preventative programs in schools, within the community, or at their locations. Programs are designed to improve the overall wellbeing and health of the community by providing local resources for treatment and recovery, and efforts to keep local areas drug-free. Many of these organizations work to bring about legislative change, advocate for community members, and destigmatize behavioral health concerns.

In Miami and the state of Florida, some of these resources include: