Edited by: Laura Close
Reviewed by: Editorial Staff
Last updated on June 2, 2020
There are many options to choose from if you are looking for substance abuse treatment in Tampa, Florida.
It’s the largest city in the Hillsborough County, Florida area. Within Hillsborough County, alcohol is the number one substance of abuse. In 2011, more people died from alcohol-related causes in Hillsborough than in any other county in Florida.1

These statistics provide a brief look into the importance of available quality addiction treatment centers and services. Read on here to learn more about: 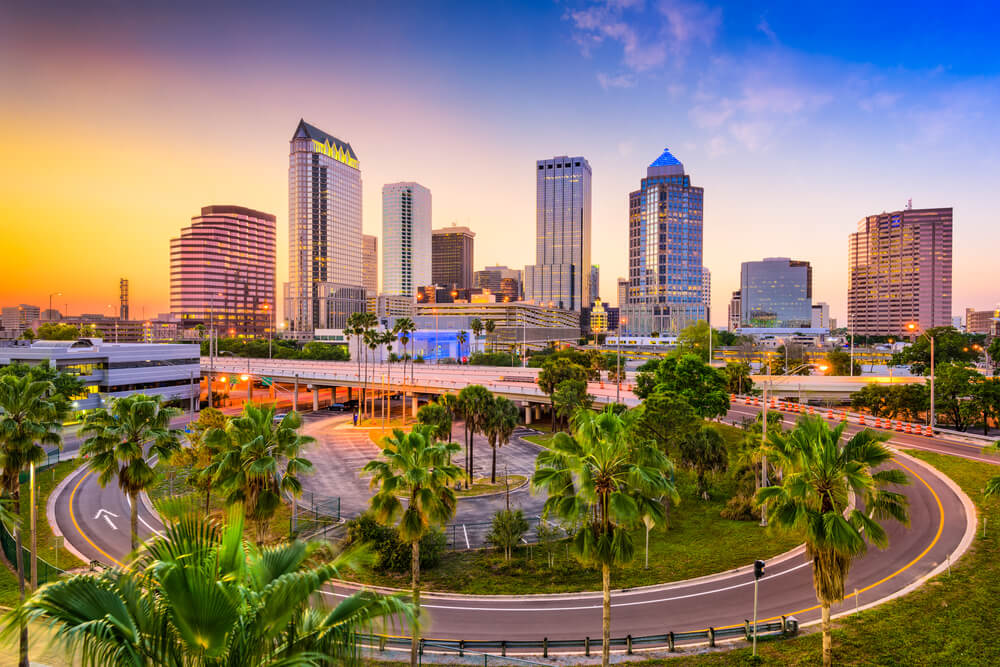 The top two substances of abuse cited as the primary substance of abuse upon admission to an addiction treatment center in Hillsborough County for the Fiscal Year (FY) 2014/2015 were marijuana (2,725 treatment admissions) and alcohol (2,402).

Heroin and the synthetic opioid fentanyl are contributing to rising opioid overdose deaths in Tampa and Florida as well. The Miami Herald published that opioid drugs kill an average of 14 people in Florida every single day.

Addiction treatment programs and measures can aid in the prevention of drug abuse and overdose, provide education and treatment resources to families and individuals, and promote and sustain recovery for residents of East Tampa, Florida.

Rates of heavy drinking, binge drinking, past-month alcohol consumption, and cigarette smoking were higher for residents of Hillsborough County in 2010 than Florida state averages suggest. The Profile of Alcohol and Drug Indicators for Hillsborough County, Florida, states that:1

Hillsborough had higher incidences of illicit drug use, including use of marijuana and cocaine, and the nonmedical use of painkillers, than Pinellas and Pasco counties. For fiscal year (FY) 2010-2011, marijuana, alcohol, and oxycodone were the top 3 substances of abuse reported by people seeking substance abuse treatment in Hillsborough County, Florida.1

Deaths related to heroin and fentanyl are on the rise in Tampa and Florida in general. In the first half of 2016, heroin-related deaths spiked 25 percent and fentanyl-related deaths increased by 135 percent, the Miami New Times reports. Heroin is an extremely powerful and potent opiate that may be making its way up into East Tampa and Florida through drug trafficking organizations (DTOs) from Columbia and South America. As a port city, DTOs and cartels may be able to move drugs in and out of Tampa with relative ease. Fentanyl is even more potent than heroin, up to 50 times more so, and can be synthesized in a lab, making it even more potentially accessible. Individuals may not even know what they are taking, as fentanyl may be laced into other opioids, such as heroin, to stretch the product. This can contribute to the especially high potential for a lethal overdose, as fentanyl can be deadly in much smaller amounts than heroin and other opioid drugs.

Cocaine is also an issue in East Tampa. The Florida Department of Law Enforcement Medical Examiners Commission 2015 Annual Reportpublishes that deaths involving cocaine jumped nearly one-third from 2014 to 2015. Just as with heroin, DTOs may be bringing cocaine up from Columbia, and the illegal street drug seems to be making a comeback in the Tampa area. Other drugs of concern include synthetic designer drugs such as the cathinone alpha-PVP, or flakka, and the Tampa Bay Times warns that abuse of flakka is on the rise in the region.

In May 2017, Florida’s Governor Rick Scott declared the opioid crisis a public health emergency, opening up federal monetary resources to pay for prevention, treatment, and recovery services, NBC News publishes. Access to the overdose-reversal drug Narcan (naloxone) has been opened up to first responders and laypeople who may need it to help a family member or loved one in the case of an emergency.

In Florida, substance abuse treatment is offered by community-based providers, which are overseen and managed by Florida’s Department of Children and Families (DCF). To provide state-regulated services, providers must be licensed through the state. Services include:

A loved one can file to have a person involuntarily committed into treatment in Florida if they are significantly impaired by substance use under the Marchman Act.

Below you’ll find a list of services geared specifically toward residents in Florida looking for information or help with substance use.

There are a few different organizations you can go through to find quality mental health and substance abuse services in the Tampa area.

River Oaks Treatment Center in Hillsborough County is one such facility that SAMHSA lists in its locator that offers substance abuse treatment from detox to outpatient treatment services to those in the Tampa area. 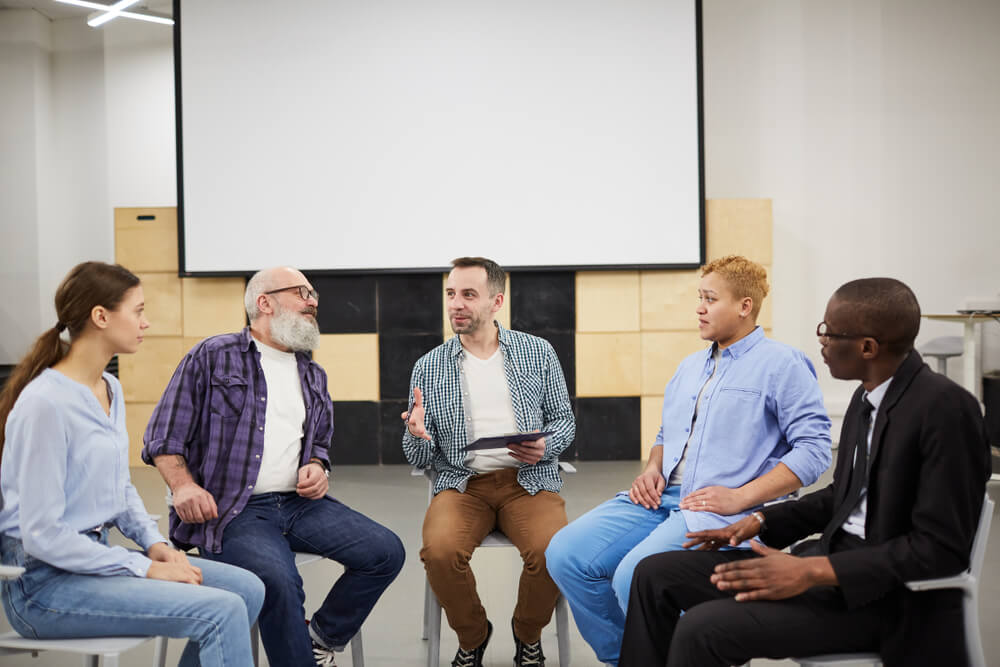 The Tampa Funcoast Area Narcotics Anonymous (NA) hosts 70 self-help recovery support groups and around 120 meetings a week in Tampa and the surrounding areas.

Across the state of Florida, residents struggle with drug and alcohol abuse and addiction at rates that are lower than national averages. In fact:2

Alcohol, marijuana, and prescription painkillers remain top drug threats in the state of Florida and the city of Tampa. Recreational use of marijuana is still illegal within the state, and it remains a top drug of abuse.

Florida in 2017, passed Amendment 2, also known as the “medical marijuana law”. Under Amendment 2, the Florida Board of Health determines who is deemed medically able to legally obtain and use marijuana for medicinal purposes.3

Marijuana laws remain strict in Florida. Since 2016, however, instead of being charged with a misdemeanor for possessing less than 20 ounces of the drug, individuals will instead receive a citation in the city of Tampa.4

Florida also operates 95 drug courts throughout the state. These courts divert people charged with nonviolent and drug-related crimes into treatment, often in exchange for a lesser charge upon completion of the treatment program.

The highly potent synthetic opioid drug fentanyl is thought to play a role in the rise in drug overdose deaths. Fentanyl may be manufactured in an illicit lab and then passed off as heroin or laced into heroin and other opioids without the knowledge of the person taking it.

New synthetic drugs are making their way into Southern Florida and the Tampa Bay region as well. Abuse of drugs like flakka, a synthetic cathinone sometimes called “gravel,” are on the rise. Flakka can cause hallucinations, hypertension, a dangerous rise in body temperature, delirium, seizures, and even death.

To control prescription drug diversion, doctor shopping, and overall misuse of medications that are potentially addictive, Florida has a prescription drug monitoring program (PDMP) called E-FORCSE (Electronic-Florida Online Reporting of Controlled Substances Evaluation) in operation that requires providers to track when, and to whom, these medications are dispensed.

This is on top of all of the other resources Tampa, Florida has to offer those who are suffering from substance use disorders. 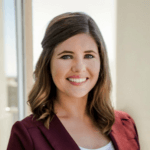 Laura Close is a Senior Web Content Editor at American Addiction Centers and an addiction content expert at River Oaks Treatment Center. She has a bachelor’s degree in English and has nearly a decade in professional editing experience that includes...Read More