Residents of Jacksonville and Duval County experienced a five-year high in drug related deaths during 2020, with deaths rising from 440 in 2019 to 556 in just 12 months.1 Clinicians and medical professionals at addiction treatment centers in and near Jacksonville, Florida are making every effort to combat this crisis head-on.

Jacksonville is one of the biggest cities in Florida, located in the northeastern part of the state along the Atlantic Ocean in Duval County. It is a sprawling urban area with 27 rehab facilities within 25 miles of the city.2 For those struggling with substance abuse and addiction, there is help available.

Start Treatment and Get Admitted to Rehab Today

The first step on the road to addiction recovery begins with choosing the rehab facility that works best for the patient. It’s also a good idea to check that the facility takes the patient’s insurance first before starting the process of admissions. Many health insurance policies cover at least some portion of the costs of substance use disorder treatment. Checking your coverage can be as easy as using our

When someone shows up to be admitted for treatment the facility performs an initial assessment to determine the best course of treatment for the patient.

If the patient does not have insurance, the facility may help them find ways to pay for rehab. This can range from loans to payment arrangements with the facility itself. Inability to pay for treatment should never be a barrier to receiving lifesaving help.

Worried You May Have a Substance Use Problem?

Worried You May Have a Substance Use Problem?

Take the quick and confidential self-assessment quiz and begin your recovery.
Addiction and Drug Use in Jacksonville 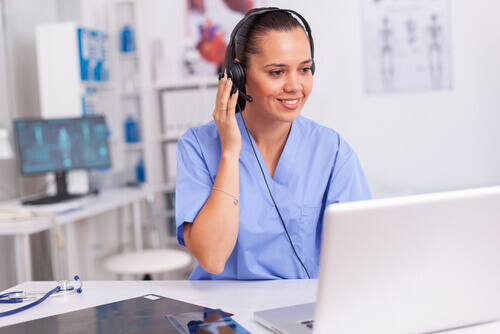 Addiction and Drug Use in Jacksonville

The North Florida High Intensity Drug Trafficking Area (HIDTA) Drug Market Analysis indicates that cocaine, methamphetamine, marijuana, and prescription drug abuse are issues in the area, and Jacksonville is the primary drug market in the region.3

A 2019 survey found that 16% of middle schoolers (ages 11-14) in Duval County reported having had their first drink before age 11. Some 15% had used marijuana, and 12% had used prescription pain medication without a doctor’s prescription.4

Among Duval County high school students (ages 15-19), 11% reported binge drinking, 24% used marijuana, 22% had used prescription medications without a prescription, and between 7-11% had at some point used cocaine, ecstasy, heroin, or methamphetamine.5

The Drugs Identified in Deceased Persons by Florida Medical Examiners: 2019 Annual Report states that the top four drugs that caused the most deaths were fentanyl (3,244), cocaine (1843), benzodiazepines (1,074), and alcohol (989).6 Additionally, total drug-related deaths increased by 4% from 2018.7

Additional Addiction and Mental Health Resources in and Around Jacksonville

These facilities are self-pay, though they may take health insurance and offer payment plans to accommodate financial needs. They are often more accessible more quickly, as public treatment programs regularly have waiting lists. Private programs may have more openings right away. Private substance abuse and addiction treatment programs in Florida are regulated and licensed through the SAMH Program Office.

Whichever path you choose, there is help available to begin the journey toward sobriety and a healthier, happier life.

For those in need of emergency resources in Florida, we offer the following information:

Our Stats
Learn More
8,000+
Patients Treated
30+
Patient Advocates
25+
Registered Nurses
10+
Certified Counselors
What Makes Us Unique
Industry Accredited, Exceptional Care
We hold ourselves to the highest standards, and it’s apparent in our A+ rating with the Better Business Bureau and the accreditations and memberships we hold.
We’ve Supported Thousands With Their Recovery
Google.com
I had a wonderful experience at their campus. I had the opportunity to meet some of the best people in my life. I'm a veteran and the veterans group leadership is top notch. I'm thankful for their help and what all I learned there, they saved my life, thank you riveroaks staff
Our Promise to You
We guarantee you’ll stay clean and sober if you successfully complete our 90-day program, or you can return for a complimentary 30 days of treatment.
*Terms and conditions may apply, and results may vary.
Next Steps
Jacksonville, FL Substance Use Treatment Resources

Struggling with addiction in Jacksonville, Florida?

Learn the skills you need to recover from addiction. Give us a call to get started today.
Ready for Recovery?See what brings people to River Oaks for help with addiction.