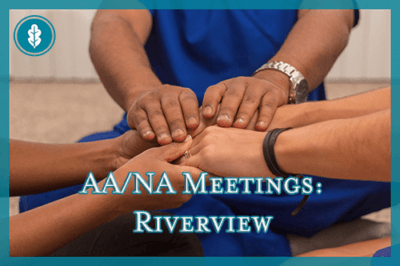 Alcoholics Anonymous (AA) was founded in 1939, with the publication of a guidebook under the same name. The group was one of the first institutions in the world focused on helping people overcome any kind of drug use – in this case, people struggling with alcohol use disorder – to lead healthy, sober lives. Narcotics Anonymous (NA) was founded a few years later, in 1953, to help those struggling with other forms of substance abuse, like cocaine addiction or heroin abuse. Although that group remained small, more people began joining in 1983 after the publication of NA’s Basic Text.

How do AA and NA Work?

Both AA and NA start with the 12 Steps. Both groups are free, with the only membership requirement being the desire to stop drinking or taking drugs. The two organizations are also founded in the Christian faith, referring to their groups as a “fellowship.” However, the 12 Steps have been adjusted over time with more inclusive language, to invite people of other faiths, agnostics, and even atheists to participate in the support groups.

The Tri-County Central Office keeps a list of Alcoholics Anonymous meetings for the Hillsborough County and East Pasco County areas.

The meetings in Riverview include:

Riverview and the surrounding townships also have several NA meetings available for those who need fellowship and support during recovery from substance abuse.

A few very close options include:

Another great way to find help for alcohol use disorder, substance abuse, or co-occurring disorders is through the Treatment Services Locator tool offered by the Substance Abuse and Mental Health Services Administration (SAMHSA). 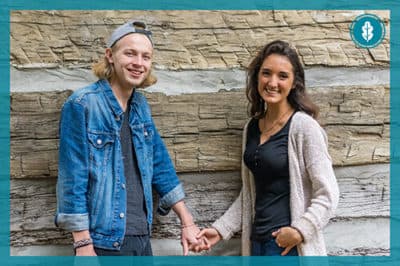 AA and NA conduct regular surveys of their membership to understand how their programs affect people all over the globe. AA is one of the largest international organizations designed to help people struggling with alcohol use disorder; as of 2014, there were 115,000 member groups. AA states that, thanks to their global popularity, there is an AA meeting happening anywhere in the world at any time of day. Although NA is slightly smaller, that group has also spread internationally; for the 2015 membership survey, NA received 22,803 responses from many different countries.

In AA’s 2014 membership survey, the organization found that 62 percent of members were men and 38 percent were women; 89 percent were white; 28 percent were 51-60 years old while 21 percent were 41-50 years old, suggesting most people who struggle with alcohol use disorder are middle-aged and older. When asked how members found AA, 32 percent reported that another AA member told them about it;

Maintaining abstinence from alcohol is one of the most important measurements of success when examining alcohol use disorder treatments.

NA reported that the average length of time a member remained abstinence from drugs was 8.32 years. Specific reported “cleantime” in NA included:

Although some studies and news reports have been skeptical of AA’s and NA’s effectiveness, people who use these programs to stay sober appear to have similar success rates compared to other forms of treatment, including Cognitive Behavioral Therapy. AA says that people who stick to the 12 Steps method for the duration have better outcomes; those who do not stay with the program, or who do not fully invest in the steps, are more likely to experience relapse. Regardless of success rates, both AA and NA are important complementary support options to detox and either inpatient or outpatient rehabilitation. People who have social support, including participating in support groups, after leaving rehab experience better outcomes.

Getting Help in Riverview, Florida

The unincorporated town of Riverview, Florida, is in Hillsborough County, an area on the Hillsborough Bay near the Gulf of Mexico. The largest city in the county is Tampa, which is about 15 miles northwest of Riverview. People who live in the area may regularly commute into Tampa for work or school, or to enjoy the larger city’s attractions.

People who live in Riverview may also turn to Tampa for help with substance abuse treatment. Fortunately for those living in the census designated place, there are both AA and NA meeting options not too far away, providing easy access to support during recovery.

Join the Recovery Community
We are here to help you get sober and learn how to stay that way. Let us help you get started with the rest of your life! Retreat to the sunny climate near Tampa, Florida for a stay at the gold standard of treatment facilities. At River Oaks, we offer customized care plans to help you on your recovery journey at our beautiful Hillsborough County campus.
About The Contributor

local
Prefer getting help via text?
We're available 24/7 via text message. Signup below for access to our team when its convenient for you!
and many more...
✕
Instantly Check Your Insurance Coverage
Your information is safe & secure
At River Oaks, we accept most types of private (non-government) insurance and offer a variety of payment options.
You can quickly and privately check your insurance benefits to see if you're covered for addiction treatment services. We’ll be able to tell you if your provider is in network with River Oaks Treatment Center and all American Addiction Centers locations.
This means your treatment may be FREE1 depending on your policy, copay, and deductible.
Ready for Recovery?See what brings people to River Oaks for help with addiction.